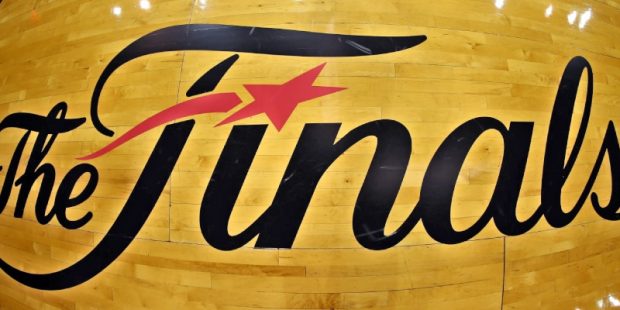 The Boston Celtics square off with the Golden State Warriors in the opening game of the 2022 NBA Finals on Thursday night. The Warriors come in with a full week of rest after finishing off the Dallas Mavericks in five games. The Celtics needed seven games, including a frenetic Game 7 win in Miami, to get to the Finals and come in with just three days’ rest. The Warriors are 3 ½-point favorites in Game 1 and bring a perfect 9-0 record at Chase Center to the series opener. Who will win? Check out the latest NBA betting odds and our prediction on the Game 1.

Why should you bet on the Celtics?

The duo of Jayson Tatum and Jaylen Brown is paying huge dividends for Boston, as they have combined for 49.9 points per game this season. Tatum pulls down 6.7 rebounds per game, and Brown dishes out 3.5 assists each contest. Marcus Smart also scores in double figures. Al Horford is averaging 9.6 rebounds per game and has turned back the clock in these playoffs on multiple occasions.

In their last 26 road games, the Celtics have covered 20 times, and they have also covered in 15 of their last 22 contests overall. In their last nine games at Golden State, they have covered eight times, and they have covered four times in their last five meetings overall. It will be interesting to see what the Boston energy level is after that grueling series with Miami. If you like the Celtics, you see their switching defense confounding the Warriors, who like to use the pick and roll all night long – but switches can keep that from working. If the defense can clamp down and Boston can shoot, then the Celtics could snatch home-court advantage in Game 1.

Why should you put your money on the Warriors?

Stephen Curry leads the team with 25.9 points per game, but Klay Thompson’s return has been a real difference-maker, as he averages 19.8 points and 4.3 rebounds per game. He also emerged on multiple occasions to torch Dallas in the conference finals, most notably in Games 2, 3 and 5. Jordan Poole also averages double figures in points, and Andrew Wiggins leads the team with seven rebounds per game. Boston is a better rebounding team than Dallas was, but Golden State still has plenty of physicality inside.

Golden State has covered in four straight home games and in five of their last six overall. Interestingly, the over has gone 11-5 in the last 16 games in which Boston was an underdog, suggesting that their defense might struggle a bit. If you like the Warriors here, you think Boston gets to town on the tired end of things and has a hard time clamping down with defense in the early going, and Golden State starts with a deceptively easy win.

I like the Celtics to make this a long series, but I see the Warriors starting off with a win that might be the easiest of the whole round. I also see this game going over, as Boston tries to keep up with the frenetic pace that the Warriors set. I predict a final score of Golden State 117, Boston 109.