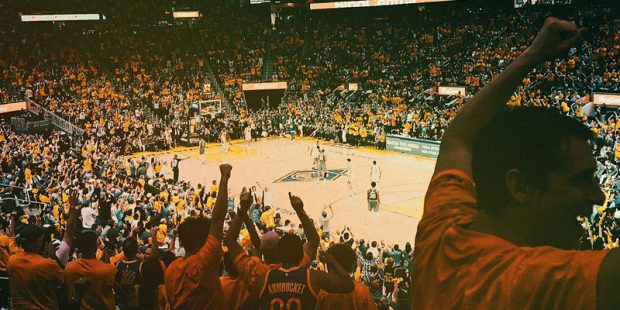 The dynasty known as the Golden State Warriors seems to be back, as they won their fourth NBA title since 2015 a few weeks ago. They dispatched the Boston Celtics in six games to win the title, and when the first 2023 title odds came out, the Warriors were the sports betting favorites. However, player movement has started to take hold, so the odds are shifting. For example, three weeks ago, Kevin Durant asked for a trade out of Brooklyn, and it sounds like he would like to end up in Phoenix. That pushed the Suns’ odds from +900 to +600, making Phoenix a co-favorite with the Celtics and Warriors. The Nets plummeted from +750 to +5000 but then rose back to +2000 as the Suns’ offer to Brooklyn was apparently underwhelming. The flurry of moves in the NBA now have Boston as the title favorites at +575, a neck ahead of Phoenix and Golden State, with Milwaukee just behind them. Take a look at the latest NBA Odds, along with our thoughts on some of the contenders.


Brooklyn has plenty of flaws, and they got swept in the first round by Boston. Kyrie Irving is an enigma once again; he opted in for next year, but then he no-showed for his first game in the off-season Drew League. When KD asked for a trade out of town, things started to sink for the Nets, but until the trade happens, you’re not going to get enough value for their real shot at a title.

Golden State won each of their rounds in six games or fewer, and they only lost six games en route to their title. Klay Thompson and Steph Curry are a year older, but the contributions of Andrew Wiggins, who finally looks ready to live up to the hype that welcomed him into the NBA, are a strong sign for the future.

The New York Knicks are an intriguing team after snagging Jalen Brunson from Dallas in free agency. It is possible that Brunson peaked in the playoffs, benefiting from the fact that opposing defenses also had to stop Luka Doncic, but he came up huge, particularly in the first round, when Doncic was out for the first couple of games against Utah. Can the Knicks move Julius Randle? Then the haul might be enough to get the Knicks into the playoff conversation.

The New Orleans Pelicans rolled the dice, giving Zion Williamson a max contract despite the fact that Williamson has never been healthy – or really even in shape. C.J. McCollum came from Portland via trade last season, and he and Brandon Ingram found solid chemistry as a terrific scoring duo. On paper, this is a team that could push opponents in the West, but we will see how that shakes out.

The Dallas Mavericks tried to shore up their rebounding problem by adding Christian Wood and JaVale McGee in the off-season. They did lose Brunson in free agency, but Spencer Dinwiddie had a huge postseason of his own, and he could fill that role. Also, Tim Hardaway Jr will be healthy this season. With Luka Doncic leading the team, I don’t see the Mavs’ run to the West finals turning into a fluke.