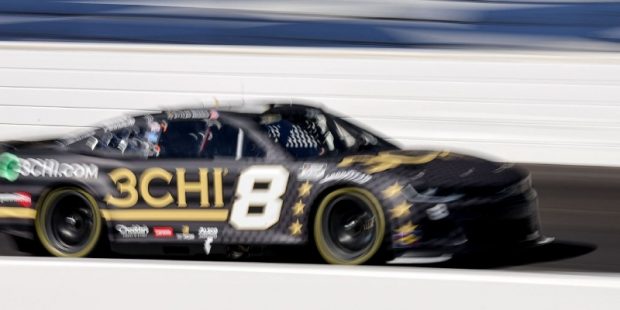 The NASCAR Cup Series made a notorious bit of history at the Pocono Raceway, also known as the Tricky Triangle, last week as Denny Hamlin had his win taken away. Teammate Kyle Busch, who came in second, was also disqualified, and so Chase Elliott, who finished third, was announced as the official winner of the M&M’s Fan Appreciation 400. Sports betting outlets paid on both Hamlin and Elliott as the winner, according to their policies. No driver had had a win taken away through disqualification since 1960, when Emanuel Zervakis ran to victory at Wilson Speedway in North Carolina. His transgression was running with an oversized fuel tank, and race officials became suspicious when he did not have to stop to fill up with gas. Hamlin and Busch’s cars had unauthorized material on their front fasciae, and because of a tighter NASCAR rule book, both drivers were disqualified, and Joe Gibbs Racing opted not to appeal the penalty for either driver. This week, the series moves to the Indianapolis Motor Speedway Road Couse for the Verizon 200 at The Brickyard, set for Sunday at 2:30 pm Eastern time. You can watch the erace on NBC or listen in on the SiriusXM app. We have each driver’s odds to win as well as wagering suggestions.

Now, let’s look ahead to Sunday’s race, with odds for each driver and our NASCAR betting suggestions.


Austin Cindric is in the Cup Series because of his skills on road courses. In the Xfinity Series, he has 13 career wins – five coming on road courses, including the win at The Brickyard last year. Cindric feels confidence because of the relatively flat surface and even grip on the streets, although the restarts can be confusing – and can cost drivers a number of spots.

Chase Briscoe started in second place at The Brickyard in 2021 and led a dozen laps in th early going. He made a late charge and then dealt with Denny Hamlin in the last few laps. He also did well in the 2021 Xfinity Series race at The Brickyard. He already has a Cup Series win in 2022 but feels the pressure when it comes to playoff qualifying. Between The Brickyard and the upcoming road course race in Daytona, that gives drivers a lot of chances to pick up stage points.

Kyle Busch has four road course wins in his career, second most of any active Cup Series driver. He has struggled with the new car in 2022 on road courses. Last year, he struggled with the rumble strips at The Brickyard, but knowing those are there should help him this time around. Also, he has the motivation of getting redemption from last week’s DQ.

A.J. Allmendinger has won two Cup Series races in his career, and both of those came on road courses, including the Cup Series win here a year ago. He took advantage of opportunities that developed when drivers crashed ahead of him and then went all out on the last lap to seize the win.

Martin Truex Jr also has four career wins on road courses, but he has struggled on these tracks this year with his new car. His best road course result in 2022 came at Circuit of the Americas, where he came in seventh.

Ryan Blaney is still looking for his first victory of 2022. However, he could capitalize on opportunities at The Brickyard like he did at the Roval in Charlotte, where he picked up his only road course win after two drivers ahead of him took each other out, and he zoomed in to snag the win. He was the runner-up here a year ago, and he came in sixth at road races in Sonoma and Circuit of the Americas this year.