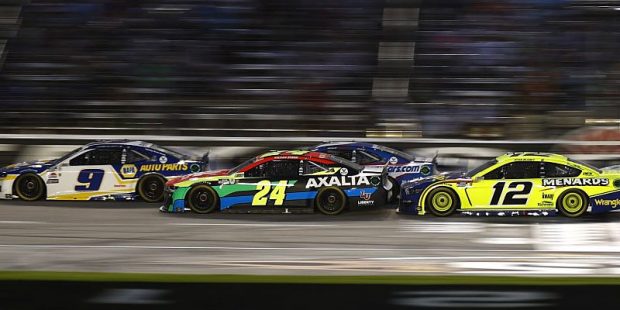 Texas Motor Speedway is the site of Sunday’s NASCAR All-Star Race, which is set for 8:00 pm Eastern time, running under the lights. You can catch the broadcast on FS1 and the radio call on Motor Racing Network. Kurt Busch paid off last week with his win at the AdventHealth 400, picking up his first victory of 2022. He managed to edge past leader Kyle Larson at the finish line of Lap 259 (of 267 overall) and finished the pass two corners later, as Larson bounced off the wall. He ended up beating Larson by 1.413 seconds for his 34th career win. His brother Kyle ended up finishing third. Let’s take a look at the online NASCAR Xfinity Series betting odds for the All-Star race, along with a discussion of the format and some wager suggestions.


The All-Star Open has only 16 drivers – the ones who did not automatically qualify for the All-Star Race. The starting order for the Open will be determined by one-lap, single-car qualifying runs on Saturday. The Open will take place on Sunday, with 50 laps, in stages of 20-20-10. All laps count except stage breaks, and each stage will feature one NASCAR overtime attempt. In the final stage, only the green-flag laps count, and there will not be a limit to the overtime. Each stage winner will move onto the All-Star Race (and will pull out of the Open at that time). Of the 13 remaining drivers who do not qualify through the race, online fan voting will select one to advance anyway.

The All-Star Race had 20 qualifiers this year. Each of them has either won a race in 2021 or 2022 or has won a Cup Series season title or an All-Star Race in the past. The All-Star Race consists of 125 laps, with four stages (25, 25, 25 and 50 laps). The first three stages will feature one overtime, while the last will have no limits on overtime. The winners of the first three stages will get the first three positions for the final stage, respectively, unless they fail to finish in the top 15 in any ensuing stages. After Stage 2, each team will have to do a four-tire pit stop. The last stage will feature a caution on Lap 25 if no caution occurs naturally between Laps 15 and 25. This unique format could cause teams to take the risk of low air pressure or camber adjustments for top seed and hope that blowouts don’t happen.

Kyle Busch has the best pit crew in the Cup Series, and pit crews will have a lot of influence on this race, given the format.

Kyle Larson has a fast pit crew as well, and he has short run speed. He almost won last week, so expect him to have plenty of motivation this week.

Ross Chastain drives fast and aggressively, and his pit crew is also elite.

William Byron might have the fastest car in the Cup Series. He almost won at Darlington and was leading in Kansas until he had a flat in Stage 2 that knocked him out of contention. He has always raced well at Texas Motor Speedway.

Martin Truex Jr is one of the best passers in the sport. He had a blowout under green and drew two penalties for speeding, but he still made it from the back of the field to the lead on two different occasions at Kansas.