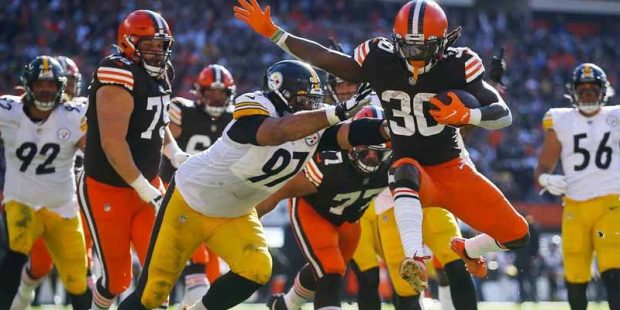 In about two months, the 2022 NFL regular season will get underway, and by the time we get to Week 3, we should have a sense of whether some of our sports betting predictions are coming to fruition or not. For example, I have Kansas City taking a step back this year and struggling for much of the season after the loss of Tyreek Hill. I also see Green Bay taking a step back after losing Davante Adams, but I also don’t see anyone else in the NFC Central ready to step up and take the lead role in the division. I see Cincinnati as performing much better than the sports betting world appears to think.

Let’s look at some top wagering NFL matchups for Week 3.

It’s hard to find action on this game at this point. Why? Because no ruling has been issued in the Deshaun Watson disciplinary hearing. The Browns gave Watson the largest guaranteed contract in league history, even though Watson still faced 24 civil suits from massage therapy professionals. A yearlong suspension is expected, and I anticipate that the Browns will go through a lot of turmoil with Jacoby Brissett or Baker Mayfield at quarterback. Will that be resolved by Week 3? I’m not sure, but if this opens at Cleveland favored by more than five or six points without Watson, I would take the Steelers to cover as soon as I could before that line shifts.

Take the Steelers to Cover | Bet the Game Today

Barring a playoff showdown (and barring another un-retirement by Tom Brady), this should be the last regular-season meeting between two of the NFL’s signature quarterbacks. Aaron Rodgers won’t have Davante Adams to throw the ball to this time around, while Tom Brady won’t have Rob Gronkowski, who (at least for now) has retired a second time. Tampa Bay’s pass rush should be able to get to Rodgers enough times to keep him from doing damage, and I see Brady wanting to make statements in his last season in the league. Buccaneers to win and cover.

Bucs to Win and Cover | Bet the Game Today

The Jets won this game in the early going last year, before the Bengals pulled things together and went on a second-half run that saw them win the AFC North and roll to an AFC title before falling short in the Super Bowl. The Jets made some improvements on defense, including a couple of key draft picks in the secondary, but I don’t see those rookies locked in on a quarterback as solid as Joe Burrow by Week 3. Also, the Bengals have plenty of motivation to go on the road and deliver a lesson. Bengals to win and cover.

Bengals to Win and Cover | Bet the Game Today

Will Matt Ryan implode or excel in Indianapolis? He has Jonathan Taylor to pound the ball on the ground, and he has a stout defense. He’s not the most mobile guy in the NFL, but if the Colts can get him time in the pocket, he should be able to deliver down the field. Now that he’s out of that dysfunction in Atlanta, this could be an ideal situation for him, as he has a ready-made playoff team around him. When the Chiefs come to town, they don’t really have the pass rush to bother Ryan that much, and they don’t have the secondary to slow him down if he’s one. Colts to cover / Colts to win straight up