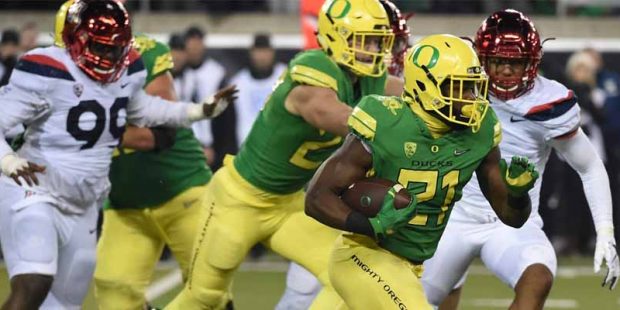 Each week brings us closer to Labor Day, when college football season opens every year. Each game in the college slate has weighty implications for teams that want a slot in the College Football Playoff, as even one loss at the wrong time can keep a team out. Notre Dame found that out when they lost to Cincinnati last season; they found themselves locked out of the national semifinals, while such one-loss teams as Alabama, Georgia and Michigan were included.

If you plan to include betting the opening week of college football, here are some games to consider.

NCAA News: Must-Bet Football Games from Weeks Zero and One

Georgia comes into this game as 18 ½-point favorites and with a whopping -1,100 moneyline. When official national rankings come out, Georgia will probably be ranked #2 or #3 in the nation, with Ohio State taking the other 2- or 3-slot. Oregon is likely to start somewhere between #10 and #15.

Oregon has a new head coach: Dan Lanning, whose last job was defensive coordinator at – Georgia. So he knows a lot of the personnel he will face, on both sides of the ball. He was with the Bulldogs for three seasons and took the job with Oregon in the middle of December, although he kept coaching the Bulldogs until they had won the national championship.

Georgia had 15 players go to the NFL via the draft in the spring and lost most of its starters on defense. Oregon comes in with a new starting quarterback, most likely Bo Nix, the Auburn transfer. Nix has played in high-stakes games against elite SEC opposition before, and remember that Oregon went to Ohio State a year ago and won last year. Ohio State’s defense was not nearly as solid as Georgia’s was last year, but that was still a quality win. If Nix gets the starting job, he should be able to use his experience to calm down the team. Right now, though, I like Oregon to cover.

The odds on this game opened at 14 ½ points, which is another immense spread given that these are two blue bloods of the college football establishment. Last year, neither team made it to the College Football Playoff, as Notre Dame’s loss to Cincinnati was seen as enough to knock them out, as was Ohio State’s loss to Michigan.

Notre Dame has a new head coach, as Marcus Freeman got the promotion after Brian Kelly left town to take the head job at LSU. Is this high of a line realistic? We don’t know a lot about the Buckeyes, beginning with their defense. That side of the ball was way too generous, as we saw in the losses to Oregon and Ohio State a year ago. With C.J. Stroud returning, the Ohio State offense will produce plenty of points, but will they sputter in the early going? I think this line drifts a little closer to Notre Dame as time goes by. Notre Dame to cover.

Utah State heads to Tuscaloosa as 39-point underdogs in this opener. However, an intriguing amount of money is already in on Utah State’s side of the betting ledger, and three bets of at least $1,000 have been placed on the Aggies not to beat Alabama, but to win the national championship.

I’m not telling you to add your name to that list, but let’s look at Utah State’s record last year. They won the Mountain West Conference and finished 11-3 after knocking off Oregon State, 24-13, in the LA Bowl. Logan Bonner returns at quarterback, who threw for 3,628 yards, completing 61.2% of his pass attempts and posting a 36:12 TD:INT ratio. Calvin Tyler Jr, who ran for 884 yards and seven scores to lead the team. Utah State did see their top receivers go, but they also got Xavier Williams to transfer in from Alabama and Brian Cobbs from Maryland. Williams sat out 2021 with an undisclosed medical issue, while Cobbs caught 25 balls for 341 yards and a score. It’s unlikely that Utah State comes away with a straight up upset, but I do see them hanging around to swipe that cover. Utah State to cover.