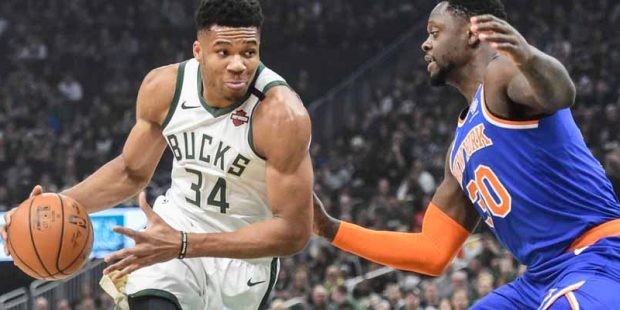 If you don’t think that the Charlotte Hornets have a high-flying offense, check out their box score from Wednesday night’s victory in Indianapolis. Kelly Oubre Jr had a career best with 39 points, knocking down 10 three-pointers all by himself. The team made 24 as a unit and hung 158 points on the Pacers in a 32-point drubbing. You don’t expect to score 126 points and still get routed, but that’s what happened to the Pacers. That was the fifth-most points in any game in NBA history that did not go to overtime, and the most since 2019, when Houston dropped 159 on wAshington. The all-time record is 162, set by the Syracuse Nationals in 1963 and tied by Golden State back in 1990.

Which high-flying games should you include in your NBA betting for the weekend? Don’t miss our preview.

Friday, January 28 | 8:00 pm ET
The Utah Jazz have now dropped three in a row, including both ends of a home-and-home against Phoenix. The Suns dropped the Jazz in the back end of that series, 105-97, on Wednesday night. Devin Booker exploded on the Jazz with 43 points and a dozen rebounds, but the Jazz still don’t have Donovan Mitchell (concussion) or Rudy Gobert (left calf). Jordan Clarkson led the way with 26 points, with 16 coming in the fourth quarter. Hassan Whiteside had 16 points and 11 boards, and Mike Conley added 16 points and 10 assists. Even so, the Jazz have lost nine of 11.

Next up for the Jazz is a trip to take on another hot team in the Memphis Grizzlies. Memphis has alternated wins and losses over their last seven games, most recently taking down San Antonio on the road, 118-110, on Wednesday. Ja Morant had another transcendent night, tying a season high with 41 points. Jaren Jackson Jr had 22 points, nine boards and six blocks, and Desmond Bane put up 20 points coming back from a three-game absence due to the league’s COVID-19 protocols. As well as Memphis is playing, and as depleted as Utah is, expect the Grizzlies to continue Utah’s misery.

Friday, January 28 | 10:00 pm ET, ESPN
The Knicks have dropped two in a row to start their latest road swing and have lost five of six overall. They in Cleveland on Sunday and then lost again in Miami on Wednesday, 110-96. The Heat had four players with at least 20 points, as the Knicks could not settle into a defensive rhythm. Julius Randle, the Knicks’ leading scorer on the season, was held to 11 points. Obi Poppin put up 18 for New York, and R.J. Barrett added 17, but this was mostly a night of trying to dig out of a hole for the Knicks.

The Milwaukee Bucks have also been trying to find their way lately. They had managed a three-game winning streak but saw that come to an end on Wednesday as they lost in Cleveland, 115-99. Kevin Love put up 25 points, the Cavaliers nailed 19 three-balls to move ahead of the Bucks in the East standings. Giannis Antetokounmpo returned from a one-game absence (knee soreness) to put up 26 points, but he also turned the ball over seven times. The Bucks had 19 turnovers that led to 31 Cavalier points. Bobby Portis scored 22, and Khris Middleton added 21, but this makes four straight road losses for the Bucks. Can they use a home date with the Knicks to retool? We think so.