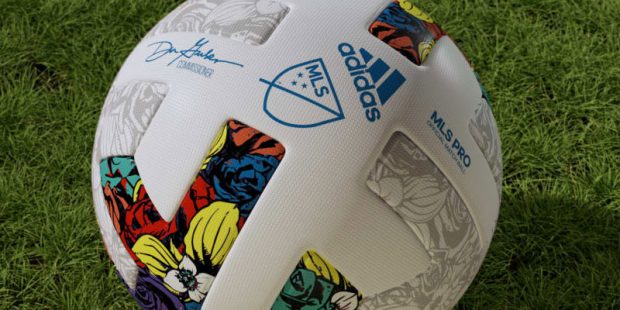 In the 2022 Major League Soccer season, the battle for New York looks like it could be the battle for the top slot in the Eastern Conference, as NYCFC leads the New York Red Bulls by a point – and NYCFC also has two matches in hand. However, Philadelphia and Orlando City also sit within two points of first place, while in the Western Conference, LAFC has 30 points to post the highest total in all of MLS, with Real Salt Lake two points back. Two Texas teams that rarely make much noise in the league, Austin and FC Dallas, sit at third and fourth place at this writing. Let’s take a look at some key matchups in the league this weekend, along with our soccer betting inclinations.

Austin (8-3-4, 27 points) leads their in-state rivals by just two points, so FC Dallas (7-4-4, 25 points) would love to swoop back up I-35 after the match with three points from a crucial road win. However, the visitors are already showing signs of their annual summer swoon, as they took a 2-0 beating at home from Vancouver last Saturday. The Whitecaps opened the scoring just two minutes in with a tally from Lucas Cavallini, and then Deiber Caicedo doubled the lead just before halftime. FC Dallas launched 16 shots to just four from Vancouver but only put one on target, and they possessed for 68% of the game and forced five corners, but they could not generate quality chances and settled for shots from distance most of the night.

Austin went to Montreal last Saturday and picked up a gritty road win. Despite losing Daniel Pereira to a red card just before the half, Austin kept control and got the game-winner from Maximiliano Urruti in the 67th minute. Montreal possessed for 63% of the game and outshot Austin, 11-5 (2-2 on target). The Impact also generated five corners, but they could not convert. I see Austin following up on this momentum and creating distance between themselves and FC Dallas.

The Western Conference leaders and the second-place team in the Eastern Conference meet in a possible MLS Cup preview. LAFC salvaged a draw in Seattle last Saturday. The Sounders got a goal in the 58th minute from Albert Rusnak, but then Cristian ARango equalized for LAFC in the 79th minute, and neither team could break the stalemate. Seattle outshot the visitors, 13-11, but LAFC had more on target (7-5). Possession was roughly equal, and the game was physical, featuring 25 combined fouls and three yellow cards. Seattle would like to start moving up the standings and improve their position for the postseason, and three points would have helped them out much more than the single point from a draw, and LAFC did well to match the intensity of the Sounders.

The Red Bulls did what top teams do – take care of business at home. Lewis Morgan found the back of the Toronto net just two minutes in, and then Luquinhas added the insurance tally in the 56th minute for the 2-0 win. The hosts led in shots (14-8), shots on target (4-3) and corners forced (5-4). So while Toronto possessed for 59 percent of the match, they could not turn that time into scoring chances. I see the Red Bulls heading west and causing LAFC some real problems, but not enough to take the win.