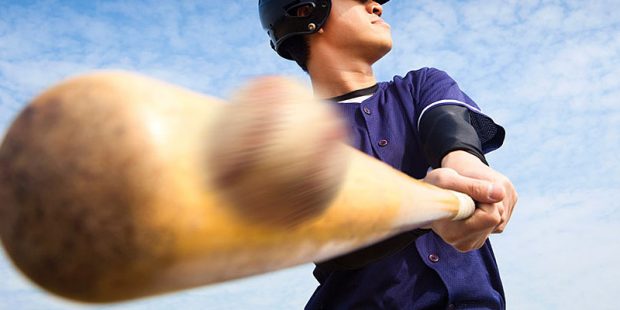 One of the more interesting under-the-radar stories in Major League Baseball is the emergence of Texas Rangers pitcher Martin Perez. He has delivered nine straight quality starts (throwing at least six innings and permitting no more than three earned runs). On Sunday, in a 6-5 extra-inning loss, Perez threw six innings, permitting just two runs. He did allow a home run, but that was the first he had allowed all season in 66 ⅓ innings. His ERA (1.56) is second in the American League behind New York’s Nestor Cortes. The rest of the Rangers’ starters have a combined 4.85 ERA, but Perez had a run of eight starts of at least six innings without permitting a home run and without permitting more than one earned run. Only two other pitchers have ever pulled off that feat – Bob Gibson, in 1968, the “Year of the Pitcher,” and Walter “Big Train Johnson” in 1913-14, back before the “live ball” era. So if you have a chance to include a Texas Rangers game in your sports betting, you might lean toward Perez either keeping the run total under or guiding the Rangers to a win. Let’s check out the latest MLB odds to win the World Series as well as some teams that are not playing up to expectations.


Philadelphia has been a disappointing team so far despite their immense payroll. They turned an 18-19 start into a 21-29 tailspin, and manager Joe Girardi ended up losing his job. The team has won four in a row since Girardi went out the door, but this is a roster that was not designed well. This is basically a lineup of sluggers, which means that on-base percentage, baserunning and defense – let alone pitching – were not priorities. The front office spent to get home runs, and things aren’t going well. The Phillies had an over/under win total of 85.5 to start the season, but they’re going to have to turn things around to get to .500, let alone beat that total.

Detroit was more competitive than expected in 2021, starting around Memorial Day and pushing through the end of the season. The front office brought in some veterans during the off-season, and the resulting optimism led to a win total of 78.5 from the sports books. However, they have started with dreadful baseball so far, with a 21-33 record, already 10 games out of first in a division that is not particularly strong.

Seattle won 90 games a year ago and spent in the off-season. They have the longest postseason drought in MLB. They did win two of three in Texas over the weekend, but if you look through a wider lens, they have not played well at a sustained rate. They have slid as far as nine games below .500 and 11 ½ games out of first place.

Miami saw Derek Jeter get bought out by the rest of the ownership and head out the door, citing strategic differences with the rest of the management team. The Marlins were supposed to be a possible dark horse for a wild card, but they put up 19 losses in May and are on track to lose between 90 and 100 games on the season.

The Angels got off to a hot start and jumped into the early lead in the American League West. Houston found their footing and took the division lead, but the Angels were still 10 games above .500 two weeks ago. However, since then, they have dropped 11 in a row and are 8 ½ games behind the Astros.