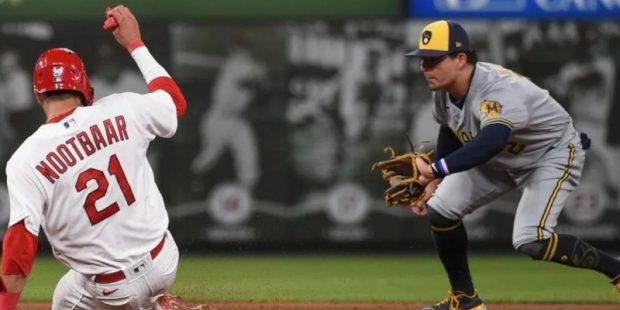 On Thursday night, the eyes of the baseball world were on Dyersville, Iowa, where the Cincinnati Reds and the Chicago Cubs took part in the second-ever Field of Dreams game. Last year, the Chicago White Sox beat the New York Yankees in walk-off fashion, but while the Cubs and Reds did not produce the same late-inning drama, the feel of playing in a 7,823-fan stadium, complete with the movie set from Field of Dreams, brought some nostalgia for major-league players who have spent months and years playing in cavernous ballparks. As we head to the weekend, take a look at our spotlight series for your MLB betting consideration.

Eric Lauer has pitched extremely well all season, and the last four weeks have been no exception. In three of his four starts, he has permitted one earned run in each outing, going seven innings apiece in a hard-luck loss to San Francisco and a win over Cincinnati and lasting five innings in a win at Fenway Park. The lone setback came against Colorado on July 24, when he got knocked around for four runs in 4 ⅓ innings.

Jordan Montgomery got shelled in his last two starts with the Yankees, giving up eight earned runs on nine hits in 6 ⅓ combined innings in losses to the Mets and the Royals. He met his former team in his first start with St. Louis, and he was certainly motivated, scattering a pair of hits over five shutout innings, striking out just one but only issuing a single walk. He has not finished six innings since July 21, so you have to wonder if durability could be starting to be an issue.

Corbin Burnes continues to take some hard-luck losses, including his last outing, when he threw six sparkling innings, permitting just one earned run on two hits (including a solo shot) while walking just two and fanning nine. However, the bullpen fell apart, and the Brewers lost, 4-2, in 10 innings. Looking at his ERA, he has shown the stuff to keep teams off the scoreboard, although that ERA has climbed slightly since the All-Star break.

It has literally been feast or famine for Adam Wainwright in the last month. In his last four starts, two (against the Reds and Yankees) have seen him get pounded for 13 earned runs on 13 hits over 9 ⅓ combined innings, with seven strikeouts and seven walks. The other two have been stellar, as he has combined for 14 innings of 11-hit, one-run ball with 12 K’s – and not a single walk – in wins over the Blue Jays and the Cubs. Which Wainwright will show up on Saturday night?

Even when Aaron Ashby pitches well, things just don’t go his way. He threw seven strong innings against Colorado on July 25, permitting a pair of runs on five hits – and the Brewers lost, 2-0. The defense let him down on July 31, when he left after 4 ⅔ innings having permitted five runs – all unearned. His last start saw the Cincinnati Reds get to him for four runs on just three hits (and five walks) over 4 ⅔ innings, as he struck out five but could not limit the damage.

Miles Mikolas saw his ERA rise like a pinball machine score last time out, as the Colorado Rockies torched him for 10 runs on 14 hits over 2 ⅔ innings. His two prior starts had been of the quality variety, as he allowed five earned runs on 14 hits over 13 ⅓ innings, striking out 10 combined while walking just two. No matter which team wins, I like this run total to go “over,” but I am going with the Cards since they get to bat last.