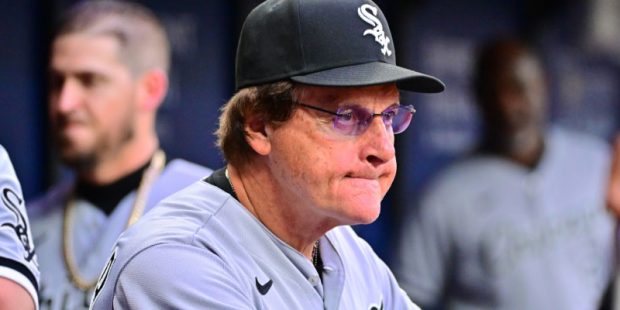 The Chicago White Sox won the American League Central last year, but they have struggled to get back atop the division this season, stumbling out to a 27-31 start to the season. Because no one else in the division has shown a desire to play at a consistently high level, the Sox only trail Minnesota by six games. Sox skipper Tony La Russa, 77 years old, has made some bizarre decisions lately that have brought criticism from the team’s fandom. A recent example happened on Thursday, when La Russa ordered an intentional walk to Dodgers hitter Trea Turner. That’s not that odd, but Turner had a 1-2 count at the time. There were two outs and a runner on second, who had advanced on a wild pitch on that one ball. La Russa was motivated to issue the intentional walk; Max Muncy made him pay the next at-bat with a three-home run that turned a 7-5 deficit into a 10-5 game. The Sox would add some runs but would fall 11-9; they would have had enough runs had it not been for Muncy’s long ball. Dropping two of three over the weekend to Texas, including a Saturday loss that saw Chicago surrender a five-run lead, has increased the chorus of the boo birds on the South Side. Let’s look at some other news that may influence your MLB betting on the national pastime.

Another dose of misery hit the White Sox on Sunday, as starting pitcher Michael Kopech only lasted 13 pitches in an 8-6 loss to Texas. He retired Marcus Semien thanks to some highlight-reel defense from left fielder AJ Pollock, who leaped to catch what would have been an extra-base hit from Marcus Semien. Corey Seager grounded out, and Kopech went to a full count on Adolis Garcia. However, discomfort in his right knee forced him out at that point. With a 2-2 record and a 1.92 ERA, Kopech has been a major contributor to the hopes of the White Sox. The hope is that he can start on Sunday, his regular turn in the rotation.

The L.A. Dodgers have lost ace pitcher Walker Buehler for at least six to eight weeks thanks to a flexor strain in his right elbow. He made it through four innings on Friday night in San Francisco before his elbow began to bother him. He joined the 15-day injured list on Saturday and went back to L.A. for an MRI. If he can start throwing in six weeks (which would be the minimum), he would have to work to rebuild arm strength and throw bullpen sessions and batting practice before heading to the minor leagues for a rehab assignment. He went through Tommy John surgery in 2015 and had posted a 6-3 record with a 4.02 ERA in 12 starts so far against 2022. The Dodgers had just gotten Clayton Kershaw back off the IL to start against the Giants on Sunday after missing a month due to a back injury. He permitted two runs in four innings (with a 70-pitch limit) in a game the Dodgers would lose, 3-2. The team has brought up Michael Grove from Triple-A Oklahoma City to take Buehler’s spot in the rotation for now.

The L.A. Angels are getting middling results after firing manager Joe Maddon last Tuesday. Phil Nevin has guided the team to a 2-3 record after Maddon’s departure, but at least the misery of a franchise-record 14-game losing streak is over. They are 8-21 in their last 29 games, but perhaps new leadership will get a talented team back on track. They did rout the N.Y. Mets on Saturday, as Jared Walsh hit for the cycle, going 4 for 5 with 3 RBI. He finished the cycle in the eighth inning, as Mets center fielder Khalil Lee dove for a line drive and missed, and Walsh capitalized with a two-run triple. Can the Angels start climbing back up the AL West standings? We will see.