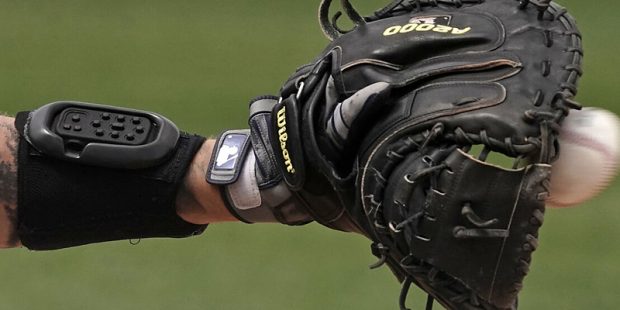 The Washington Nationals might be on the cusp of good news, as ace starting pitcher Stephen Strasburg is set to start his rehab assignment on Tuesday. He will start at single-A Fredericksburg, and the plan is to have him work four innings and throw about 60 pitches. He has only thrown 26 ⅔ innings for the Nats since the start of the 2020 season, recovering from thoracic outlet syndrome surgery. The Nats have gotten off to a tough start in 2022, but getting Strasburg back around the All-Star break could key a run in the second half. Read on to find the latest power rankings for Major League Baseball, along with some insights that could help your MLB betting choices.

The Dodgers had a seven-game winning streak come to an unlucky end in extra innings on Sunday. No team scores more runs per game (5.4) or has a better pitching staff ERA (2.80) than the Dodgers, and both Freddie Freeman and Mookie Bets are in the top 15 for fWAR.

No one has hit 60 home runs in a season since the steroid era, but Aaron Judge is on a pace to get there this season. None of the Yankee starters have an ERA higher than 3.50, which is even more impressive given how hitter-friendly Yankee Stadium is.

The rotation is missing Jax Scherzer and Jacob deGrom, but seven of the eight Mets with the most plate appearance have posted OPS numbers that are above average for MLB, so the offense should be able to keep things cooking until at least one of those gets back, particularly since no one else in the NL East seems interested in contending at this point.

The Padres went to San Francisco and swept the Giants over the weekend, vaulting them to the second-best record in the National League, and they are still missing Fernando Tatis Jr.

The Brewers’ offense has a combined OPS of .729, which keeps them in MLB’s top five. Brandon Woodruff and Freddy Peralta should start rounding into shape based on their historical trends. It helps that the Brewers have played opponents with a combined .452 winning percentage, the easiest schedule in the league so far.

Texas swept the Angels this week, but over the long haul, this is still a contender. Their 59 home runs lead MLB, and their +51 run differential is third overall. They have a six-man rotation that has both skill and depth, and the team ERA is 3.37 (fifth overall).

The Twins may have pulled off the best trade of 2021, getting Joe Ryan for Nelson Cruz at the trade deadline. Ryan is likely headed for the All-Star Game, and the exploding bats of Byron Buxton, Gilberto Celestino and Trevor Larnach have made up from a soft start by Carlos Correa.

After a strong start to 2022, it doesn’t look like this year will be as kind as last year. Their pitching staff ERA is 4.05 (24th overall), thanks in part to some bad luck but also in part to pitches finding too much of the plate.

Drew Rasmussen and Shane McClanahan each have 2.33 ERAs to lead the starting rotation. McClanahan has struck out 65 hitters, second overall, and has a WHIP of 0.86 (4th overall).

Toronto started with a brutal schedule, and such veterans as Jose Berrios and Hyun Jin Ryu should not continue to struggle. Kevin Gausman and Alex Manoah continue to star in the rotation, but they can’t carry the team themselves.

Tim Anderson is hitting .359, leading the American League, and has a .917 OPS, 12th overall and a career high for him.

Philadelphia has already clinched a season series win against the Dodgers, as Max Muncy committed an error in the tenth inning on Sunday that turned what looked like an easy play into a two-run scoring error that ended the game. The Phillies have Atlanta, the Mets, the Angels, San Francisco and Milwaukee next, so we will see what the Phils are made of.

Aaron Civale held Detroit without an earned run on Friday; in three of his six starts before that, he had permitted at least six earned runs. He still ranks dead last among pitchers with at least 30 innings with an ERA of 7.84, but things are looking better.

The Sox took two out of three from Houston and then swept Seattle in a four-game set. Trevor Story has six home runs in his last 24 at-bats, and now things get a bit easier, with series against Baltimore, Cincinnati and Oakland on tap.

Miami’s pitching staff ranks fourth in MLB with a 3.31 ERA. They have a +17 run differential, which suggests they have been unlucky, but they have also played poorly against top teams, going 4-11 against teams with winning records.

The front office must regret signing Mark Melancon to a two-year, $14 million deal, as he leads all relief pitchers with five losses. His opponents’ batting average (.349), ERA (7.53), K/BB ratio (7:5) are all quite poor, especially for a closer.

Pitcher Martin Perez has returned out of nowhere with a terrific season; he had not posted a season ERA below 4.50 since 2016, but he is one of just two pitchers with at least 40 innings that has not permitted a home run, and he is just one of three pitchers who have thrown a shutout this season.

The strong pitching that the Rockies got at the start has vanished. German Marquez and Kyle Freeland, the team’s top two projected starters, have the worst and second-worst opponent batting averages in MLB.

The Cubs could be sellers at the trade deadline, and they have one big chip with the big club in Willson Contreras, tops among all full-time catchers with an fWAR of 1.1 and an elite defensive catcher.

Top prospect Adley Rutschman has made it to the Show, and he started his career with a triple, the first catcher to have a triple for his first career base hit since 2010. Other than that, things still look grim at Camden Yards.

Tarik Skubal’s second season has been much better than his first in limiting opponent home runs. He ranks second in pitching fWAR with 1.7 and FIP with 1.98. He will probably be the Detroit representative at the All-Star Game.

The Pirates have lost five games by at least nine runs. No other club has done that more than twice.

Kansas City has the worst ERA (4.70) and run differential (-56) despite having Zack Greinke and Brad Keller in the starting rotation.

Expect the Nats to end up as sellers, and expect Yadiel Hernandez and Josh Bell to be available…but not Jua Soto or Stephen Strasburg.

Cincinnati has won five series of their last six, but don’t expect this upward tick to last.