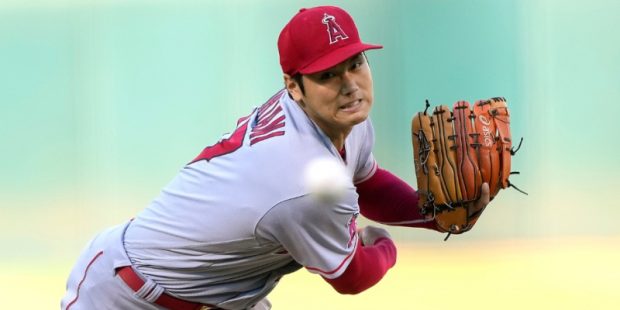 Shohei Ohtani continues to make history for the Los Angeles Angels, even as his team continues to toil in the basement of the American League. He has made an excellent argument to repeat as AL MVP after becoming the first player ever to hit at least 30 home runs and record 10 wins as a pitcher in the same season. His bat is heating up, too, as he has three long balls in his last four games. He is also the first Japanese-born player to hit 30 or more home runs in consecutive MLB seasons. As we look ahead to the weekend, take a look at some MLB parlay picks to boost your online betting winnings.

The Texas Rangers recently fired manager Chris Woodward and general manager Jon Daniels, talking about a need to improve performance on the field, but what they did not do was bring in quality pitching. The Rangers had added Jon Gray to the rotation (which helped), but much of the Texas bullpen is not major league quality, and we saw that again on Thursday as the Rangers gave up yet another big rally to blow a lead in Boston, falling 9-8. On Friday, the Rangers will start retread Dallas Kuechel, who permitted seven runs on 11 hits in 5 innings in a loss to Detroit in his Texas debut. In his last start with Arizona, he got shelled for eight runs (seven earned) on eight hits, including three home runs, in just 2 innings against San Francisco.

Boston will counter on Friday night with Nick Pivetta, who made is 2022 debut on Sunday against Tampa Bay. He gave up five runs on eight hits, including two home runs, in five innings of an eventual 12-4 loss. He fanned four while walking three. With Pivetta still shaking off the rust and Keuchel giving up runs in bunches, my parlay pick involves Boston to win and taking the over on the run total.

The Houston Astros have blown past the New York Yankees to snag the top record in the American League, and they look to continue their torrid pace in Los Angeles on Saturday night. Luis Garcia (11-8, 4.14 ERA) will start for Houston, while Ohtani (11-8, 2.67 ERA) will start for the Halos.

Garcia will give up runs, but he generally keeps the Astros in games. He has finished five or more innings in five straight starts, permitting either three or four earned runs in each outing. The Astros have won his last three starts, taking down Oakland, the White Sox and Minnesota. So if the Astros are going to win, they will need to get on the board.

Ohtani threw a gem in his last start, holding the Blue Jays scoreless for seven innings, scattering a pair of hits and a walk while striking out nine. The Angels went on to win, 2-0. Ohtani struggled in his start before that, giving up three runs on five hits in just four innings, but in his three prior starts, he threw 17 combined innings, permitting four runs on 14 hits while striking out 27, facing the A’s twice and the Mariners once. Ohtani has fanned at least seven batters in seven straight starts, and he struck out a dozen Astros the last time he saw them. So my parlay here involves the outcome and Ohtani: give me Houston to win and Ohtani to strike out at least nine (basing your second wager on where the strikeout total for him is).