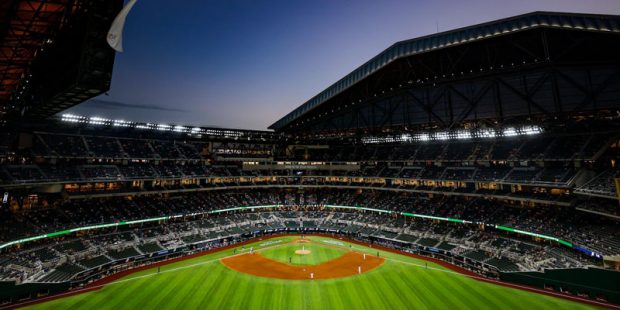 The Seattle Mariners are going all-in on the 2022 season, as they sense the chance for the team’s first postseason appearance in 21 years. The Mariners have a 55-48 record, 12 games back of Houston in the American League West. However, they are in second place for one of the three wild-card playoff positions, and they added All-Star pitcher Luis Castillo from the Cincinnati Reds on Friday, and he is expected to make his Mariners debut on Wednesday against the New York Yankees. Castillo was among the top starting pitchers on the market, with a 2.86 ERA and a 4-4 record that suffered from a lack of offensive support. The Mariners had +10000 odds to win the World Series in our last report, but they have seen their sports betting chances increase significantly over the past couple weeks. Read on for the updated MLB odds and some insights on some of the more interesting teams who could turn up as dark horses.


Cleveland is primed to take advantage of the addition of a third wild card. The Guardians sit at 50-47, still in the mix in an American League Central division that does not have a dominant team. They are also in that cluster sitting around the last American League wild card, which currently is led by Tampa Bay – but the Rays have the hardest remaining schedule in the AL. The Guardians will benefit from their easier divisional schedule, but they could use upgrades at first base and catcher as we move into the trade season that requires players clear waivers.

Boston was in second place in the AL East coming into July, but this month was dreadful, and now they are below .500. Chris Sale had a promising return from injury but then went right back on the injured list after a comebacker hit him in the finger, and his name is just one of many on the shelf for the Sox. A miraculous August would be a must for the Sox to get back in the playoff conversation, so it will be interesting to see if this team turns into sellers.

Baltimore has climbed out of the basement in the AL East, thanks in part to the collapse of the Red Sox, but their own hot streak has helped. Catcher Adley Rutschman has not yet caught up with the major league game, and he is the team’s brightest prospect, so if he can figure things out right away, the Orioles could sniff a wild card, but for now, this looks like a goal for next year.

San Francisco had a terrific 2021 and got off to a great start in 2022, but reality has come to call since the calendar turned to July. In the first 23 games of the month, the Giants posted a .348 winning percentage, with a bullpen ERA of 5.68 that was the worst in MLB. The Giants still could contend for a wild-card slot, but another problem they have faced is defense, as they rank #29 (of 30) in outs above average.

Tampa Bay has 15 players on the injured list, and 31 different players have made pitching appearances. The Rays have long featured depth as an organizational strength, but with Mike Zunino and Kevin Kiermaier done for the season, and with a difficult schedule looming, the Rays will need all of their depth to stay in the wild-card race.