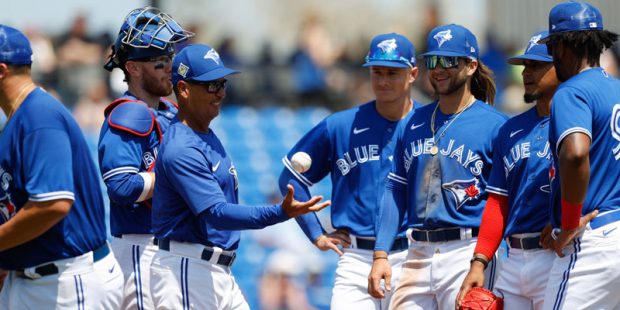 Now that the 2022 Major League Baseball season has passed the middle of June, we see that some teams are playing according to form, while other teams are deviating from the sports betting predictions that many had made. In the American League East, the Toronto Blue Jays were the favorite, due to a strong batting order and a solid starting rotation, but while the Blue Jays are 12 games over .500, they are nine games behind the white-hot New York Yankees, who have a starting rotation pitching out of its mind. In the AL West, we expected the Houston Astros to lead the division, but many also thought the Los Angeles Angels would contend. Instead, they are six games below .500 and have already fired former manager Joe Maddon after a 14-game skid. What can we expect to see as June continues? Take a look at some MLB betting predictions.

The St. Louis Cardinals pull away in the National League Central

The Milwaukee Brewers started the season in command of the NL Central, but Brandon Woodruff is on the shelf with a high ankle sprain for at least another week (and pitching below his usual standard), along with Freddy Peralta (right shoulder), leaving the starting rotation in trouble. Yes, the Brewers posted their best 50-game start in franchise history, but having to turn to reliever Josh Hader so often this early will burn him out by August. Milwaukee and St. Louis square off in a four-game set June 20-23, and we will see if the Cardinals, who have come back to lead Milwaukee by 1 ½ games, can have that lead up to four or five games by the end of that series. The Cardinals will get starter Jack Flaherty back soon, and rookies Juan Yepez and Nolan Gorman have raked alongside Paul Goldschmidt, Nolan Arenado and the ageless Albert Pujols. If Tyler O’Neill can make it back, the Cards’ offense will be even better. None of this is good news for the Brewers.

The Rays have an excellent shot at a wild card in the AL, currently holding the second slot by 3 ½ games over Boston, even though they are 11 games back in the East. They could use another starter, and the Oakland A’s have an excellent candidate in Montas. There are not a lot of solid starting pitchers that will be available on the trade market, because most of the top starters are on teams that are still doing well. However, the A’s are in dead last in the AL West, 18 ½ games behind Houston, and they have no reason to keep Montas past the trade deadline. The Rays are second-last in innings from starting pitchers this season, so they could use a starter who can chew up innings.

Atlanta catches the Mets in the National League East

There was a time when the Mets had built what looked like an insurmountable lead in the division. However, one thing that baseball teaches us is that no lead before the All-Star Game is safe, and even teams that are way out at the end of July can make a run. The Braves have won 14 in a row, closing the Mets’ lead to four games. Max Scherzer and Jacob deGrom are both stil on the shelf for the Mets, who have a tough June – 17 games against Houston, Milwaukee, San Diego, the Angels and the Dodgers. The Mets do have a stellar offense, but the Braves have lightning in a bottle right now.

Spencer Torkelson makes a name for himself in Detroit

So far, Detroit’s rookie first baseman has a .178 average and a .564 OPS. However, his walk rate is decent (12.9%), and his strikeout rate (25.7%) is not all that bad for a power hitter. Remember Rob Deer, for example? The power has started to emerge, as he has crept up to four home runs and seven doubles, and if he can keep cranking out big hits, he should have a promising second half.