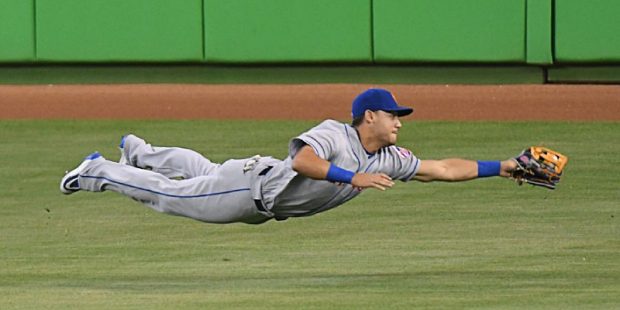 The 2022 regular season is upon us in Major League Baseball, a relief to fans after seeing the 99-day labor stoppage threaten to shorten the year. The Los Angeles Dodgers, once again, are favorites to win the World Series, although we’ve seen that it’s very difficult for the preseason favorite to bring home the title. Which team will come out of nowhere, like San Francisco did last year, to have a breakout season? Which team will turn into the biggest disappointment? If you’re planning on including in your online MLB betting this year, check out some of our predictions ahead of Opening Day.

Could Toronto win the World Series?

George Springer. Yes, he’s one of those whiny Houston Astros, but he did win the MVP of the 2017 World Series. Vladimir Guerrero, Jr. Bo Bichette. These are real stars in the Blue Jays’ batting order; playing in the American League East, where you have to toil in the shadow of the huge markets in Boston and New York, and put up with the occasional breakout year from Tampa Bay, can be difficult for Blue Jays fans. There’s also the fact that Canada’s COVID-19 protocols kept the Blue Jays from operating in their own home stadium for all of 2020 and much of 2021, so a full season in Ontario should make a huge difference. Hyun Jin Ryu joins the starting rotation and would love nothing better than to get revenge against the Dodgers team that cut him loose in this season’s Fall Classic. Jose Berrios, Alek Manoah, Matt Chapman, Yusei Kikuchi and Kevin Gausman have also arrived north of the border, and so getting your value on the Blue Jays now could be the wise choice.

It seemed like Mike Trout would win the AL MVP every year until he either retired, went to the National League, or simply got too old. However, Ohtani, who won the Rookie of the Year in 2018, could get the MVP this time around. In addition to being a dangerous hitter, he is also a legitimately top-two pitcher in any starting rotation. Thanks to the inclusion of the “Ohtani Rule” this season, he should pitch deeper into games and should bat more. Before, if Ohtani wanted to pitch and hit, when his start was done, the Angels would either have to play like a National League team and use double-switches to keep the other pitchers from having to bat, or just send relievers up to the plate to take their three ugly swings and sit down. Now, the pitcher can be the DH, and remain the DH once he is no longer pitching. This should encourage other teams with pitchers who can hit well to give those guys the opportunity to do double damage. However, right now, Ohtani would play more meaningful moments than any other player in MLB, so as long as he stays healthy, he is the smart MVP choice.

Who will win the NL MVP?

The National League East might need its own MVP this season. The Mets have Francisco Lindor; the Nationals have Juan Soto, who might be the best player in the game today; the Phillies have Bryce Harper, and don’t forget Ronald Acuna Jr in Atlanta. Lindor is an interesting pick because, during his first year in Gotham, he had a terrific season despite the fact that the Mets had a dreadful finish. His defense is elite, and he is only 28, so his athleticism will be near its peak. The hitters around him have been upgraded, and he has the New York media to trumpet his accomplishments.