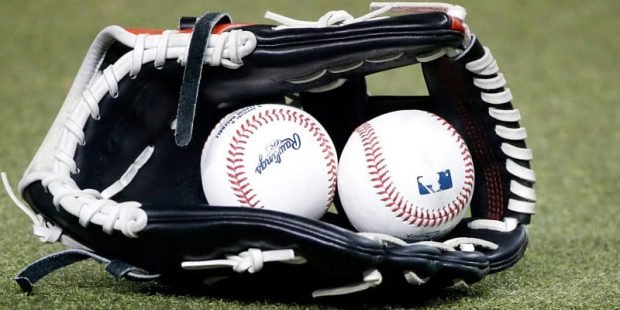 Sean Manaea has needed plenty of offensive support lately, as he has permitted at least three runs in each of his last five starts. He has made it through at least six innings in each start. His strikeouts have been slightly down in his last two starts, when he had 10 combined Ks against San Francisco and Pittsburgh while fanning 20 in the two games before that (against Miami and Atlanta).

Adrian Houser has had some tough luck lately, throwing quite well but getting betrayed by the offense and the bullpen. In starts against Atlanta and San Diego on May 17 and 23, he threw 12 combined innings, permitting just one earned run on seven hits, but the Brewers lost both games as the team scored two combined runs in those games. Houser has also had some inconsistent outings himself; in his last start, he lasted just four innings, getting shelled for eight runs (five earned) on nine hits, including a pair of home runs. Take the over.

Joe Musgrove has pitched extremely well this season for the Padres, and he may just be warming up. In his last two starts (against San Francisco and Pittsburgh), he threw 13 combined innings, permitting just one run on 10 hits, striking out 11 while walking five. While the Pirates’ offense is far from elite, the Giants had started the season pounding the ball.

Musgrove’s counterpart, Corbin Burnes, is the reigning NL Cy Young winner. He did get touched up for four runs on seven hits, including two home runs, in six innings against Atlanta on May 18, but the Brewers came back to win that game in 11 innings. In his last two starts, against San Diego and St. Louis, he has allowed just a single earned run on seven hits, striking out 16 while walking just 3, over 13 combined innings. Take the Brewers and look hard at the under.

MacKenzie Gore made a long relief appearance in Philadelphia on May 17, throwing three scoreless innings, and since then he has sparkled in the rotation, throwing 13 combined innings in wins over San Francisco and Pittsburgh, allowing one earned run on five hits, striking out 15 while walking just five.

Aaron Ashby has contributed both as a starter and a long reliever this season, chalking up a four-inning save on May 15 and several other relief appearances in addition to three starts. His last two outings have been effective starts as he has lowered his ERA from 3.49 to 2.70 by throwing 11 ⅔ combined innings, permitting just one earned run (on a solo shot) on nine total hits, striking out 17 while walking just five. With both of these pitchers throwing in a hybrid role, this could turn into a bullpen game, and in those situations, I usually go with the home team, since they bat last. Take the Brewers.

Mike Clevinger makes just his third start of 2022, and his last outing was his best. He still faces a pitch count restriction; against Philadelphia on May 17, he threw five scoreless innings, permitting just one hit and striking out five without a walk, coming out after 75 pitches. This was the first time he completed five innings this season. He missed 2021 due to Tommy John surgery and after that outing against the Phillies, he went on the IL for 15 days with a tricep strain, so this will be his first game back.

Eric Lauer has not permitted more than two runs in a start since May 14, when he gave up four against Miami in an eventual 9-3 loss. Since then, he has thrown 16 combined innings against Washington, St. Louis and the Cubs, permitting five runs (four earned) on nine hits, fanning seven and walking seven. That high walk total is the only real blip on the statistical screen. I see Clevinger bouncing back to continue his strong start, and I also see Lauer continuing to pitch dominantly. Take the under.