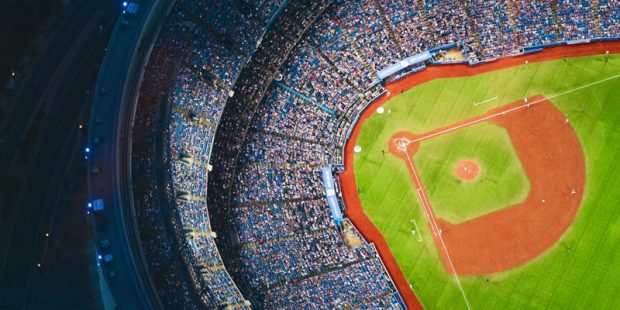 The New York Yankees were looking at a four-game losing streak and a three-game sweep at home at the hands of the Tampa Bay Rays. Wednesday’s game went to extra innings, and then the Rays scored three runs in the top of the tenth inning to go up, 7-4. However, Josh Donaldson delivered when it counted, sending a line-drive grand slam out of the park to deliver an 8-7 win. Will the Yankees turn things around? Since August 1, New York has just three wins – with 11 losses. Donaldson has been one of the culprits, hitting just .223 with 12 home runs in 97 games. He has two years and $50 million remaining on his contract, and the fans have been calling for him to sit, but manager Aaron Boone has stuck with him. If his bat can get going, the Yankees might be able to get back to their winning ways from earlier in the season. With six weeks to go in the regular season, it’s time to start thinking about how you plan to include the MLB playoffs in your MLB betting.

Will the Dodgers bow out early?

Yes, the team is winning at an historic rate, posting an 81-35 record in its first 116 games, which includes a stretch of winning 30 of 35. Yes, their starting rotation is one of the deepest in the sport. However, Clayton Kershaw is working his way back from a back injury, and Walker Buehler is done for the season with elbow surgery coming up. At the back end of the bullpen, closer Craig Kimbrel is looking shaky. He had an extra-inning save opportunity in Milwaukee on Tuesday, but he blew the chance, and his ERA has jumped to 4.57, and his WHIP is now 1.55. His strikeout rate has plummeted to a career-worst 29.5%. He did finish a one-run game on Wednesday, but if he can’t get back to automatic, every playoff game for the Dodgers could be an adventure.

Are the Astros for real this time?

Houston has made a practice of dominating the regular season, thanks in large part to the comparatively soft American League West. Some of their metrics show that this could be a year for a deeper run, beginning with the numbers that Alex Bregman has put up since mid-June. Before June 20, he had a batting average of just .218 with seven home runs and 30 RBI in 64 games. He has usually been a fairly slow starter each season, but these numbers caused concern. Since that time, though, he has hit .315 with nine home runs and 36 RBI in just 49 games. His best months, for his career, for OPS have been August (.995) and September (.889). If his bat keeps getting hotter, the Astros may have a clutch bat that gives them a deep run.

Are the Mets a mirage?

New York had a 6 ½-game lead over the Atlanta Braves when the two teams opened their series on Monday, but since then, the Mets have gotten all sorts of bad news. They lost the first two games of the series, 13-1 and 5-0. On Monday, starter Carlos Carrasco came out with a lat strain and will miss three or four weeks, and on Tuesday, starter Taijuan Walker had to stop after two innings due to back spasms. Carrasco had posted a 5-0 record and a 1.69 ERA over his last five starts. What we’ve learned is that the Met’s rotation lacks depth – and we’ve also learned that the Braves could catch the Mets.

Can the Brewers catch the Cardinals?

St. Louis beat Milwaukee in their last series to take the lead, and the Cardinals have the friendlier schedule the rest of the way. Except for a weekend series against Atlanta, the Cardinals have some easy sledding for the last six weeks. One possible exception is a five-game set in Chicago against the Cubs next week; that series almost always involves maximum effort by both teams, no matter how large the gap is between them in the standings. With that easy schedule, the Cardinals could be very hard to catch.