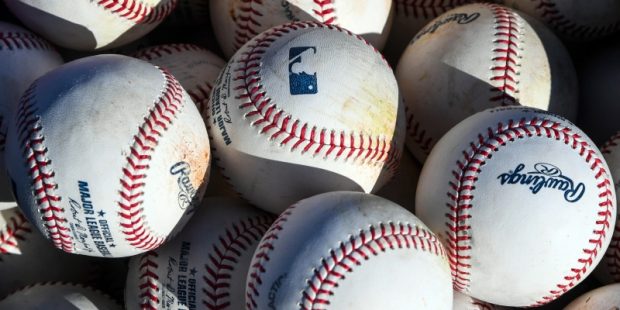 At this writing, the New York Yankees have a record of 74-48. Their winning percentage is .607, and they lead the American League East by eight games. According to ESPN, their odds of making the playoffs are greater than 99.9%. So why is the Yankees’ clubhouse so nervous? Well, they were the third-fastest team ever to get to 50 wins. Since July 1, though, they are 17-24. In their last 15 games, they have gone 4-11. Since July 1, the Oakland A’s (currently last in the A West) and the Chicago Cubs (currently rebuilding) have a better record. Coming into August, the Yankee offense was the most prolific in baseball, scoring 551 runs and hitting .245. However, since August 1, the Yankee offense is 24th in runs scored with a team batting average of .220. On the pitching side, the staff ERA is 4.03, 19th in MLB. Before July 1, the staff ERA was 2.92, tops in the sport. This is why the Yankees’ lead in the division has dropped from 13 at the All-Star break to eight, without Tampa Bay or Toronto (who are tied for second) doing much to push them. Check out the latest MLB betting odds for each team to win the World Series, as well as some of our latest thoughts about some of the more interesting teams.


The San Diego Padres can’t seem to catch an extended run of good luck. After getting Juan Soto at the trade deadline, they lost Fernando Tatis Jr to an 80-game suspension for a positive test for a performance-enhancing substance. Tatis was on the verge of returning from a wrist injury, so putting him, Manny Machado and Juan Soto together in the lineup was a real possibility. In the interim, Ha-Seong Kim will play shortstop. His glove is flawless, but his bat is nowhere near Tatis’.

The Philadelphia Phillies are another team on the fringes of the playoff race, and Bryce Harper got 60 swings in on the field on Monday, part of his rehab from a fractured thumb. According to the team, returning September 1 is realistic for him. He would only appear as a DH, due to the elbow ligament injury that waylaid him before the thumb fracture. The Phillies are just 4-11 against the Mets this season, but other than that, they’ve been playing well enough to make a wild card realistic.

The Toronto Blue Jays continue to make life easy for the Yankees. Interim manager John Schneider moved shortstop Bo Bichette down to the seven-hole in the batting order, his lowest position in any major league game. The hope is that Bichette will shake the slump and start moving back up the order.

The Seattle Mariners are getting terrific work from their bullpen; since the All-Star break, all seven of the M’s top relievers have an ERA below 3.00. They are in a very friendly part of their schedule; they started this stretch by dropping two of three in Texas, but they rebounded with big wins over the Angels.

The Cleveland Guardians have come out of nowhere to lead the American League Central, thanks in large part to Andres Gimenez. Last Monday, he carried the team throug a doubleheader against Detroit, with a three-run homer in the opener and a two-run jack in the nightcap. He has six home runs in what Fangraphs defines as “high-leverage” spots, more than anyone else in the major leagues, and he has created 17 high-leverage runs; the next best batter in MLB has 12.