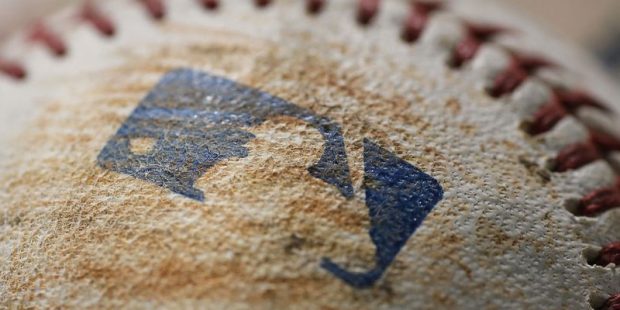 The Washington Nationals won the World Series just three years ago, but now they sit at 43-85, 38 ½ games back of the New York Mets in the National League East. Another sign of how woeful this team is appeared on Sunday, when Patrick Corbin, who leads the major leagues with 17 losses, picked up a win over Cincinnati. He pitched well, permitting one earned run on four hits over six innings, with five strikeouts, and he earned his fifth win of the season. The last time the Nationals had a starting pitcher pick up a win came all the way back on July 6, when Josiah Gray had a win in Philadelphia. That 43-game drought obliterated the old record (35 games), which the Washington Senators set back in 1949. Corbin has seen his ERA fall from 7.02 to 6.56 over his last three starts, but he had picked up seven straight losses since June 28. Fittingly, the Nats are in the lowest odds tier as far as their sports betting chances to win the World Series this time around. Read on to find the latest MLB odds as well as our thoughts on some contenders.

We keep talking about potential problems that the L.A. Dodgers are facing, but they keep winning. Coming into the weekend, their run differential was already at +100 – for the second half of the season. They are 39-9 since July 1 and won 18 of 22 to start August. They also have an eight-game lead for the top seed in the National League. They would need to go 30-9 the rest of the way to tie the MLB record for wins in a regular season, which will be challenging – but doable.

The N.Y. Mets had a chance to make another statement at Yankee Stadium, but they got swept in a two-game series. After that, though, they entered a stretch of 20 out of 23 games against teams below .500. The other three games are a home series against the Dodgers. Francisco Lindor continues his MVP-caliber season, as he has missed only one game. Since July 1, he has hit nine home runs, driven in 28 runs and hit .318, and he could get over 100 RBI for a season for the first time ever. Jacob deGrom has returned with solid stuff, striking out 37 batters while walking just one and permitting a .138 opposing batting average in his first four starts of the season.

The Toronto Blue Jays did not take advantage of the Yankees’ extended slump, but they have started to pick things up. Ross Stripling has started to pitch more consistently, and Yusei Kikuchi has benefited from his move to the bullpen. If the offense can produce regularly, then this could be the team that we thought it was before the start of the season, which could mean trouble for its opponents in the playoffs.

The Tampa Bay Rays could get Tyler Glasnow back from Tommy John surgery sooner than the trainers thought, which could make the Rays part of a World Series conversation. Manuel Margot and Wander Franco are set to come back from the IL. Both of those players would provided needed boosts for a team that needs them to come out of the wild-card round.