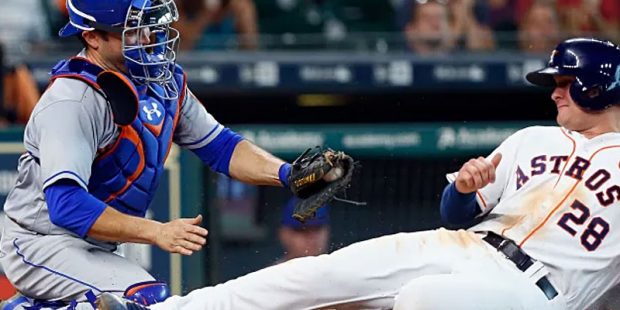 The ageless Albert Pujols is one of the reasons why the St. Louis Cardinals have started to pull away with the National League Central in July and August. They now lead the Milwaukee Brewers by six games and have won eight of their last ten. On Monday night, the Cardinals edged the Chicago Cubs, 1-0, and it was Pujols’ 693rd career home run that made the difference. Drew Smyly threw Pujols a high fastball, more than four feet off the ground, but Pujols still swung at it, tomahawking it out of the yard. At 4.23 feet high, it was the second-highest pitch belted for a home run this season and the highest for Pujols since at least 2008. The rest of Major League Baseball is on notice that the Cardinals may well be set for a deep postseason run as Pujols is back as an elite slugger. Check out some of our thoughts about the postseason as you think about MLB online betting and MLB futures.

The Yankees should still win the East. They have not played well since the All-Star break, but neither Toronto nor Tampa Bay has shown much interest in catching them, so they still lead the Rays by 7 ½ games and the Blue Jays by eight. Their lead over Houston for the top record in the junior circuit has shrunk to 1 ½ games, and the Astros have the easier schedule the rest of the way, which means that if the two teams meet in a division series or the ALCS, the Astros would have home field advantage. As far as the Central Division goes, the Cleveland Guardians continue to play well, while the Minnesota Twins have dropped six in a row and have fallen into a virtual tie with the Chicago White Sox for second place, four games behind Cleveland.

The three wild cards right now would be Tampa Bay, Toronto and Seattle, if the season ended today. The surprising Baltimore Orioles are just 2 ½ games behind Seattle for the last wild card position – and it would certainly be something if the Orioles passed Seattle and all three wild cards came from the AL East. A lot of that success might well come at the Yankees’ expense, meaning that Houston would have an easier shot at home field. The problems in New York include inconsistent batting but have even more to do with pitching woes, as the starting rotation has seen its ERA climb since the All-Star break.

My predictions at this point:

The Dodgers are on pace to win 111 games this season, but they have some issues in the starting rotation, as they are about to lose Walker Buehler to surgery, and Clayton Kershaw had to leave his start on Thursday with back pain. The Dodgers should still win the National League West, as they lead the Padres by 19 ½ games. The division with the most drama in the senior circuit is the East, where the New York Mets have seen their lead on the Atlanta Braves dwindle to just two games. The Philadelphia Phillies are charging as well, but they are still 9 ½ games back and look more like a wild card team than anything else. The resurgence of the Cardinals is yet another potential roadblock in the Dodgers’ attempt to take yet another title.

My predictions at this point: