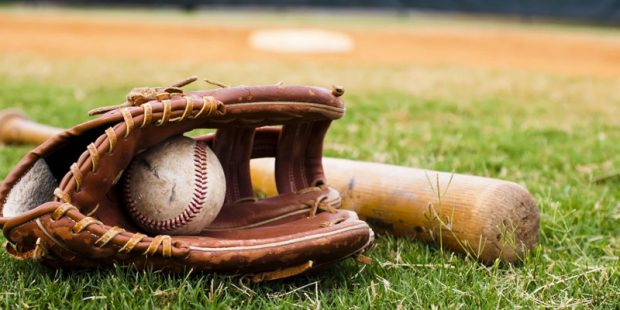 As we approach the trade deadline, some divisional races in Major League Baseball are more competitive than others. The New York Mets and the Milwaukee Brewers only lead the NL East and NL Central, respectively, by three games. In the NL West, though, the L.A. Dodgers hold an 11 ½-game lead. The AL Central has gotten interesting, as the Cleveland Guardians have crept above .500 in the last two weeks and only trail the Minnesota Twins by 1 ½ games. In the AL East, the N.Y. Yankees lead Toronto by 11 ½ games despite having dropped six of ten, and the Houston Astros lead the AL West by ten. Let’s look at at your top MLB betting teams.

MLB News: Which Teams are Primed to Run away with Their Divisions?

If the Dodgers didn’t already have enough talent, they are frequently mentioned in discussions about the Juan Soto trade talks. They have the prospects to pull off the trade and could afford a huge contract. The problem that the Dodgers face, though, isn’t hitting – it’s pitching. The staff does lead MLB in ERA, but the rotation has some questions. Walker Buehler should return in September, and Blake Treinen and Dustin May are working their way back. How much does Clayton Kershaw have left in the tank? Will Andrew Heany stay healthy? Can Tyler Anderson and Tony Gonsolin keep pitching effectively? The Padres (10 games back) will get Fernando Tatis Jr (wrist surgery) back soon, which will help an offense that has been dreadful even with Manny Machado raking. The Padres are also in the Juan Soto sweepstakes, but MacKenzie Gore, who was likely a part of a trade package, had to leave a game with elbow soreness, which could pull the Padres out of that sweepstakes. As it stands, the Dodgers should hold on and win this title easily.

Milwaukee only leads the division by three games, and now that the trade deadline is approaching, the Brewers could go after an arm, a bat or both. The starting pitchers were highly ranked coming into the season, but their ERA has not cracked the top ten to this point. However, Freddy Peralta started a rehab assignment and could return in the next few weeks. Right behind them are the St. Louis Cardinals, but the Cards need more pitching, as the starters have a combined ERA near the bottom of the league. Paul Goldschmidt continues to rake, but the Cardinals need more than one contributor at this point, but the Brewers have not yet salted this division away.

The Mets got their trading off to a start with Dan Vogelbach, snagging the Pirates’ DH in exchange for rookie reliever Colin Holderman (4-0, 2.04 ERA, 15 G). Vogelbach hits well against right-handers (.264/.374/.528 in 2022) and should improve the performance out of the DH slot. The Mets could keep the shopping spree going, as they have reported interest in Willson Contreras, C.J. Cron and Josh Bell, in addition to a reliever or two. The Mets are only three games ahead of Atlanta, who have not lost three in a row all season long. Austin Riley’s bat has been a major factor, as he went 2 for 3 on Tuesday with a pair of doubles and ran his hitting streak to 18 games. This division also remains too close to call.

The Astros are also in the market for Josh Bell, who is having a career year in on-base percentage and batting average. He’s not hitting the ball with as much power as usual, but the Astros already have enough big bats. Bell could bring balance to the lineup. Bell is a switch-hitter who has excelled against righties this year. Yuli Gurriel has had a hard time and, at the age of 38, he could be on the decline. The Mariners put on a massive move in June, but they are still 10 games out. I see the Astros pulling away with the West.

The Twins have led the division each day since April 23 except one day in June, but they have never been able to pull away, as their largest division lead has been five games, For most of the month of July, their lead has ranged from two to 4 ½ games, and so far they have played the easiest schedule of the three AL Central contenders, but they have the most difficult schedule going down the stretch. Cleveland has started coming on strong lately, but the Guardians’ statistics all sit in the middle of the MLB rankings. The Twins should be able to win this division, but they need to be aggressive at the trade deadline.

The Toronto Blue Jays were the favorite coming into the season, but the Yankees have blown the doors off the rest of the division so far. They have a ten-game lead despite injuries to Giancarlo Stanton, Michael King and others. The Yankees just got swept by the Mets in a two-game Subway Series showdown, but where are the Blue Jays? They have turned things around since changing managers; John Schneider is the first skipper since 1884 to post a run differential of at least +50 after the first nine games of his stint, and Toronto became only the second team since 1933 to put up 50 or more runs in the first four games out of the break, including 28 runs against Boston. Bats cool off, though, so I see the Yankees taking this division.