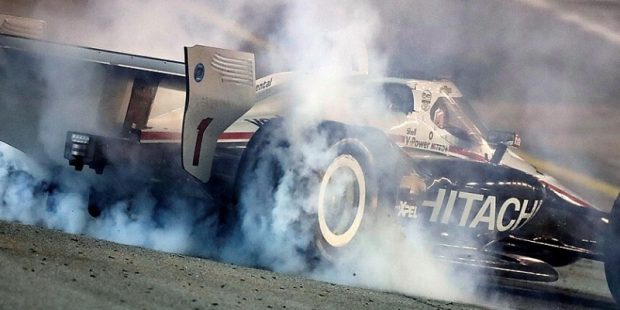 Iowa Speedway will host this weekend’s NTT IndyCar action, as the Hy-VeeDeals.com 250 is set for Saturday, starting at 4:00 pm Eastern time. The race is the first event in a doubleheader, with the second race coming on Sunday afternoon. The track is an .875 mile D-shaped tri-oval with changes in the banking that make it drive like one of the big superspeedways. Drivers complete laps in under 18 seconds, which makes the race a real mental challenge for the drivers. Called “The World’s Fastest Short Track,” it will winnow out drivers who cannot handle the constant turns. We have the IndyCar online betting odds for the race as well as suggestions for your wager cards.


Last week, Scott Dixon got the win, beating Colton Herta by 0.8106 seconds. This gives him 52 career wins, tying him with Mario Andretti for second in all-time IndyCar series wins. The leader remains A.J. Foyt (67). Dixon has now won four times in Toronto, giving him 18 straight seasons in the IndyCar Series with at least one victory, and 20 seasons in which he has won at least one race. Both of those are records. Behind Herta came Felix Rosenqvist, who got onto the podium for the first time since July 2020, when he won his first and only race in the IndyCar Series at Road America. Graham Rahal came in fourth, a season best, while Ericsson settled for fifth.

This is the first IndyCar race on an oval since the Indianapolis 500, when Marcus Ericsson won and entered the title conversation. Ericsson has one win and five top-five finishes on the season. He leads Will Power by 35 points in the standings, and Alex Palou is in third, two points back of Power. Palou comes in as the defending champion from last year’s series but stil has yet to win in 2022.

Behind Palou is Scott Dixon, tied with Josef Newgarden, 44 points out of first place. Newgarden has won this race three times, tied with Ryan Hunter-Reay for the most victories in the history of this race, which dates back to 2007. The other multiple winners of the HyVeeDeals.com 250 are Helio Castroneves, James Hinchcliffe and Dario Franchitti.

Dixon broke a 22-race victory drought by winning on Sunday in Toronto. The race at Iowa will be a must-win for Dixon if he wants to snag a seventh series championship and eat into Ericsson’s lead. Dixon has never won at Iowa Speedway, adding to his momentum even more. In 15 starts here, Dixon came in second twice, once in 2019 and again in 2020. He has won three poles here, the most recent in 2014, but none of those pole position starts ever translated into victory.

Rookie David Malukas is an interesting dark horse, currently sitting in 18th place after 10 races. However, he is only 20 points back of Christian Lundgaard, who grabbed eighth in Toronto. These two are vying for Rookie of the Year honors, and there are just seven races left.