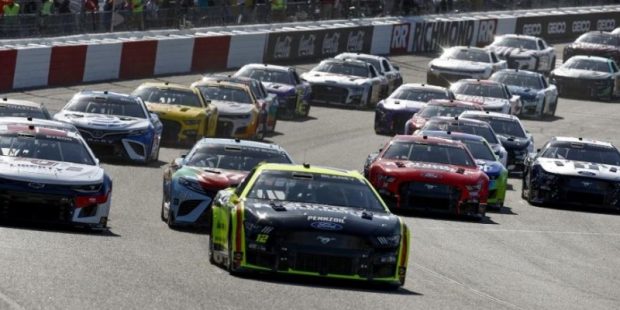 How about Kevin Harvick? The 46-year-old former NASCAR Cup Series champion saved his season with a huge win last week at Michigan International Speedway. He won the FireKeepers Casino 400 by almost three seconds over Bubba Wallace, who had won the pole, and he jumped right over Martin Truex Jr in the NASCAR Cup Series Playoff point totals. This was his sixth victory at Michigan – and his fifth in the last seven events here, but he had gone 65 races overall without a win. This gave him 59 wins in the Cup Series, tenth most all-time. He led 38 laps – 25 more than he had led in all 22 of the prior races combined. This week, NASCAR heads to Richmond Raceway in Virginia for the Federated Auto Parts 400, a 400-lap, 300-mile event. The action begins at 3:00 pm Eastern time, and you can watch the broadcast on USA or listen on SiriusXM or the Motor Racing Network. Read on to get the drivers’ NASCAR betting odds and our wager card suggestions.


Martin Truex Jr was a major factor in the spring race at Richmond, especially during Stage 2, when he took control by hitting pit road first and then moving into the lead. He tried to run long on Stage 3 but ended up fading on the last laps.

Kyle Busch got black flagged in the spring race at Richmond for illegal placement of tape. This was not a particularly controversial penalty, but the fact that it took place when it did caused all sorts of controversy. Otherwise, he could have been the one to get optimal sequencing in the pit road and win the race.

Christopher Bell does best at New Hampshire and Richmond, with three wins on each track in the Xfinity Series. He picked up a win in the Cup Series a few weeks back in New Hampshire, and he was in the group of leaders at the end of the Richmond race back in the spring.

Denny Hamlin came into the spring race at Richmond badmouthing his car, saying it would come in 15th. However, his team got optimal performance out of the car, and he also timed his pits flawlessly in Stage 3 and ended up snagging the win.

Alex Bowman fought through an early speeding penalty to take eighth place, and passing at Richmond is a difficult proposition. He did win here in 2021, but he seems to fly under the radar when it comes to talking about this track – and about racing in general.

Ryan Blaney had the top car in practice and took the pole at Richmond in the spring race. He led each lap in Stage 1 and started Stage 2 in similar fashion. However, Truex pitted before Blaney did and cycled out in front, and Blaney never could catch back up.

Kevin Harvick could have won here in the spring if he had had just a few more laps to go, but he didn’t have enough time to catch Denny Hamlin. Harvick has had solid performances at the flat, short tracks all year long, and he brings confidence and momentum with him this week.