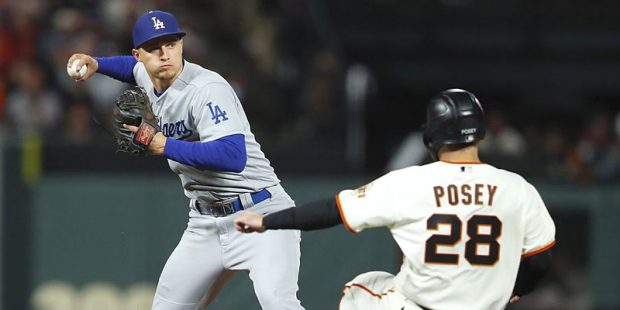 One of the great National League rivalries will be renewed this weekend as the Los Angeles Dodgers head up the Pacific Coast to take on the San Francisco Giants. Last year, this was an epic battle back and forth, with the Giants prevailing to win the NL West (but then losing to the Dodgers in the National League Division Series). The Dodgers (37-20) have the best record in the National League, while the Giants (30-26) sit 6 ½ games back but are firmly in contention for a wild card and, with a run, could move up the standings, as the Dodgers have dropped six of their last ten. Check out our MLB betting preview for each game in the series.

Walker Buehler was putting up Cy Young-level numbers until his last two starts. Against the Pirates on May 30, he gave up four runs on seven hits, including a pair of home runs, over six innings. His last start, on June 4, was even worse, as the Mets tagged him for five runs on five hits, including two home runs, in just 2 ⅓ innings. It’s certainly possible that he has found his stuff, but the Giants should be ready for some hittable balls.

Jakob Junis has been steady for three straight starts, holding the opposition to two earned runs or fewer in team wins over the Mets, Phillies and Marlins. Against Miami on Sunday, he there six innings of one-run, two-hit ball, while striking out eight and walking just two. Junis gets to pitch at home, and I see the Giants taking the opener.

Julio Urias has had bad luck in his starts this season. In three of his last four starts, Urias has limited the opposition to no more than one run, but the Dodgers have only won one of those games. He threw 5 ⅓ innings of one-run, three-hit ball against the Mets on Sunday, striking out four while walking three, but the bullpen betrayed him in a 5-4 loss in ten innings. If the Dodger bats can get going, Urias should be able to guide them, especially since it looks like the Giants will either use a spot starter or make this a bullpen game.

Clayton Kershaw is humming along through another regular season; in four of his last five starts, he has permitted no more than one earned run, and he threw a gem against the Cubs on Sunday, with seven scoreless innings, scattering five hits and a walk while striking out a pair.

The Giants have lost the last five games that Carlos Rodon has started, and he has only finished six innings once in that stretch. His last start came on Tuesday against the Colorado Rockies, and he gave up two runs on four hits, including a home run, striking out five while walking one. He came out after four innings in a game the bullpen would eventually surrender, 5-3.