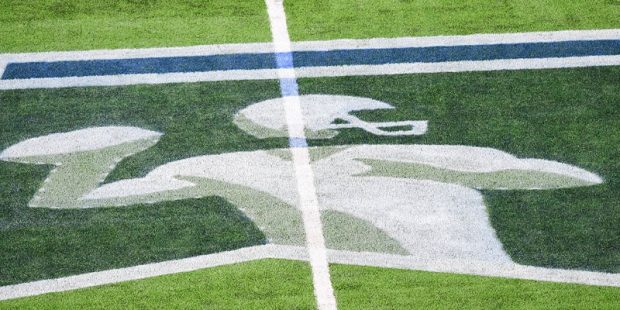 The chaos in college football continues this week, as the Big 12 has brought in Brett Yormark as commissioner. He said in his first public appearance that the league is “exploring all options” with respect to further expansion, which could include adding schools from the Pac-12. Yormark officially moves into the commissioner’s chair on August 1, replacing Bob Bowlsby. The conference is set to add BYU, Cincinnati, UCF and Houston on July 1, 2023, with Texas and Oklahoma tentatively set to depart for the SEC two years later, although that date could move up. Looking ahead to the fall, let’s review the current top 25 and look at some information that could impact your College Football betting choices.

Even with BYU heading to the Big 12 and New Mexico State and Liberty joining Conference USA in 2023, there are still some independent programs that can shake the college football season. BYU and Notre Dame meet in Las Vegas this season as part of Notre Dame’s neutral-site Shamrock Series, but an interesting independent that flies under the radar is Army, which begins the 2022 season at Coastal Carolina. If the Black Knights can knock off the Chanticleers, Army could mount a big run. After that, they should only be underdogs twice: at Wake Forest and against Air Force in Arlington, Texas. What makes Army especially tricky is their use of the triple-option offense, which runs counter to the trend in college sports. Most programs want to run the Air Raid-style offenses which allow quarterbacks to throw to spots, knowing that receivers will be there, and with spread formations that can lead to huge plays. Army’s style slows the game down to a crawl and makes their offense extremely difficult to get off the field. Those slow drives keep opposing defenses on the field for extended periods of time and knock the offenses off their rhythm. It’s a recipe for success if you have the right personnel, and as Army’s 9-4 record last year showed, they have the right personnel more often than not.

Nebraska is a team that some say will improve this season. After a 3-9 record in 2021, it would be hard for them not to get better. A closer look, though, reveals that all nine of those losses came by single digits – including narrow home losses to Michigan and Ohio State. In the 25 games under head coach Scott Frost that have been decided by one possession, though, Nebraska has only won five times, which suggests that the Cornhuskers need better play from their quarterback. Casey Thompson led the Big 12 in touchdown passes in 2021 but has transferred north, perhaps in response to the Longhorns getting Quinn Ewers from Ohio State. Thompson and Mark Whipple could make a powerful duo in the passing game, which the Cornhuskers have lacked for a long time. After adding almost 20 players through the transfer portal, including defensive lineman Ochaun Mathis, Nebraska should be better.

Which way will USC go? They went just 4-8 last year and cleaned house. Over three dozen players are gone. They have a new head coach in Lincoln Riley, and a new quarterback in Caleb Wiliams. They brought in almost two dozen players through the transfer portal. The offense also has Travis Dye, who led Oregon in rushing last year, Mario Williams, who ran routes for Caleb Williams at Oklahoma, and Jordan Addison, who had more receiving TDs than any other player in the nation last year. However, the defense ranked 89th in the nation last year. There are improvements up and down the defensive depth chart, but Riley has never been all that interested in pushing defense. I wouldn’t put down a ton of money on USC when it comes to winning, but they should go over the point total more this season.