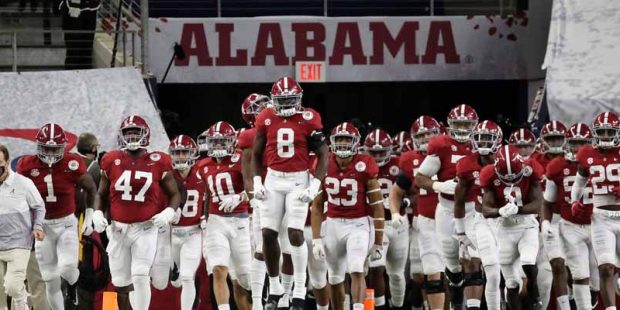 The Pac-12 looks like it might be on its last legs, at least as far as football is concerned. USC and UCLA have already been approved to join the Big Ten in 2024, and Oregon and Washington are lobbying hard to follow them. Just about all of the remaining schools in the Pac-12 are applying to join the Big 12, the Big Ten and/or the ACC. A sign of the conference’s difficulties is the decision by its board of directors to authorize the start of negotiations for its next agreements for media rights, which currently are set to expire in 2024. Will football (and perhaps basketball) split away from other sports and enter into superleagues separate from the current conference alignment?

Check out the current preseason Top 25 NCAA projections, along with some college football betting insights that you may find useful.

So, will moving to superconferences hurt or help college football?

There are some purists who will argue that the sport has just become a big business now, but if we look at some current realities in the game, this is a change that came 25 years ago. The NIL deals that players are signing are basically a way for school boosters to funnel cash to recruits in ways that, a generation ago, ended up putting schools on probation, or even worse. The difference between the money available to athletes at Power Five conference schools and the money available at Group of Five and lower divisions also made the game more of a business. When the Bowl Championship Series became the path to the national championship in 1998, it has all been about pushing more money to the big schools. Some benefits could include the end of Power Five – vs – FCS schools, which (under the current model) is basically distribution of revenue from big school to also-ran, for the privilege of delivering a beating on the big school’s home field. From a betting (and marketing) perspective, the games aren’t much use, as the value involved is less than it would be if Power Five schools only played each other, or limited their non-conference games to both Power Five and Group of Five competition.

What about the College Football Playoff?

The current scenario has been in place for eight seasons, but the parity has been minimal. Of the 32 playoff berths, 23 have gone to six schools: Alabama, Clemson, Georgia, Notre Dame, Ohio State and Oklahoma. If the Big Ten and the SEC become the two superconferences, growing to 20-24 teams, then each conference could offer a six-team playoff, sending the winner to a national championship game. If the Pac-12 and Big 12 can form an alliance, joining the SEC, Big Ten and the ACC as four conferences, then you could move to a 12-team playoff: the four conference champions and eight at-large teams. Both of these scenarios would offer more entertainment – and more matchups – than the current system. Television dollars would go up – and so would opportunities for exciting betting.