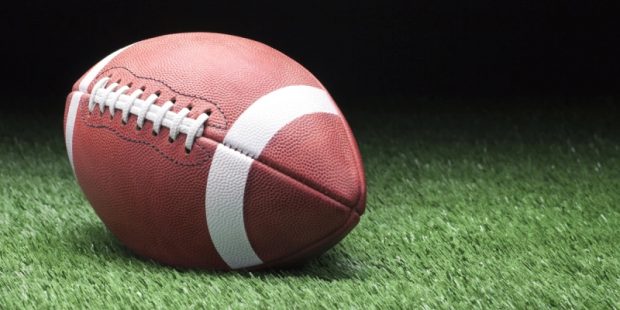 It’s time to take a look at the sports betting odds for each of the FBS teams to win the national championship this season. Obviously, all of the FBS schools are technically eligible, but the College Football Playoff selection committee has in the past heavily favored members of the Power 5 conferences in its process. The lone exception was Cincinnati, which held its own in the national semifinal against Alabama until the second half. With Texas and Oklahoma moving from the Big 12 to the SEC, to be replaced by three teams from the AAC, it will be interesting to see if the Big 12 retains its Power 5 status. The Pac-12 has already fallen off in terms of perceived quality, which means that multiple teams from the likes of the SEC and the Big Ten are more likely to populate the semifinals. See where your team falls on the College Football betting odds list, and check out our thoughts on some of the teams’ chances.

NCAA News: Odds to Win the National Championship in Football


If you’re tired of reading about Alabama in your sports betting, your best option is to look at another sport. Alabama still has the best roster in the nation, even after some of their top talent left for the NFL draft. They have the reigning Heisman Trophy winner in quarterback Bryce Young as well as linebacker Will Anderson, who led the nation in tackles for loss and sacks last year and might be the top player in the nation, regardless of position. They got Georgia’s top wideout, Jermaine Burton, in the transfer portal. So let’s not feel sorry for Nick Saban just yet.

I did not expect Georgia to bounce back from that loss in the SEC Championship and beat Alabama in the national championship; I simply did not think Kirby Smart had that level of game preparation in him. The Bulldogs also lost a ton of players to the pros, but Smart has also recruited at an elite level. He has Jalen Carter returning at defensive tackle, and he has Malaki Starks, Jaheim Singletary and Tykee Smith in the secondary. Stetson Bennett returns at quarterback, and Brock Bowers is back at wide receiver. Arik Gilbert, a five-star transfer, will play receiver, and tight end Darnell Washington should put up big numbers again this year.

Ohio State lost Garrett Wilson and Chris Olave from their wide receiver corps, but their recruiting has been so terrific that they still have one of the best groups in the sport. Jaxon Smith-Njigba comes back and is now the team’s top target. TreVeyon Henderson will be the featured back after putting up 15 touchdowns last season. Quarterback C.J. Stroud threw for more than 4,600 yards and accounted for 44 touchdowns. The defense was a problem last year, as the Buckeyes were just ninth in their conference in scoring defense and total defense, and the defense was the problem in the team’s two losses (to Oregon and Michigan). The Buckeyes have a new defensive coordinator, as Jim Knowles comes north from Oklahoma State, where his defense ranked third in the nation, so that side of the ball should improve.