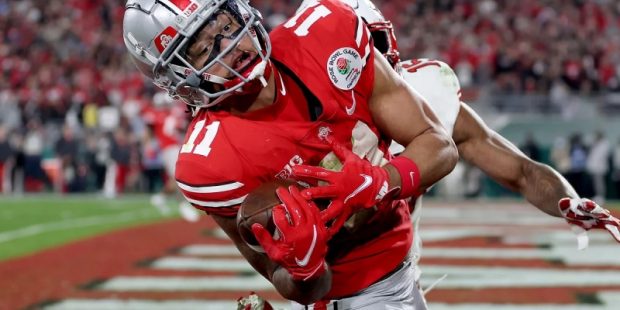 Week 2 of the 2022 college football season offers some intriguing matchups, led by the visit by the Alabama Crimson Tide to Austin to take on the Texas Longhorns. Texas is preparing for an imminent move to the SEC, and it will be interesting to see how the Longhorns measure up in Steve Sarkisian’s second season, with new starting quarterback Quinn Ewers, against the class of the SEC. USC visits Stanford this week as well, and we will see whether the Pac-12 takes out their umbrage on the Trojans, as they and the UCLA Bruins are preparing to depart the conference for an even larger Big Ten. In the shadow of those matchups, we have some more under-the-radar games for your College Football betting consideration.

This rivalry dates back to 1894, although the two teams have only met 68 times. Iowa has dominated the rivalry, 46-22, and the Hawkeyes have won the last six in a row, and the Cyclones have not forced a single turnover in this rivalry since 2015. In those five games, though, Iowa State has coughed it up nine times. The Cyclones have dominated other statistics, such as offensive yards per game. The average margin of victory for the Hawkeyes has been 12 in those games, although that includes one 39-point laugher. The last time the two teams met in Iowa City, the Hawkeyes won by 10, and while one expects rivalry games to stay extremely close, particularly in the college game, that hasn’t been that true in this case.

Iowa relies more on a grinding approach on offense, pounding the ball and controlling the line of scrimmage on both offense and defense. Iowa State has never really settled on a consistent approach, but their offense is more dynamic in the passing game than Iowa’s. The Cyclones came into 2021 as Big 12 contenders, but that fizzled quickly, so expectations are a bit more tempered this year. Iowa to win and cover.

It’s interesting that Houston is an underdog for this game after their 12-2 (8-0 AAC) season in 2021. However, if you look at the series rivalry, the Red Raiders have won the last four meetings, including a 17-point win down in Houston last year. Texas Tech finished just 6-6 for the regular season, but then they thrashed Mississippi State, 34-7, in the Liberty Bowl. Now they start 2022 with a new head coach in Joey McGuire. Texas Tech opens with Murray State, which should be a gentle opening for McGuire’s tenure, but the Cougars will bring a much more ferocious offense.

Houston comes in with Dana Holgorsen’s high-flying offense, but they also kept defensive coordinator Doug Belk, who put together one of the top defenses in the nation last year. In contrast, Texas Tech had the worst defense in the Big 12 a year ago. Last year, Texas Tech gave up 21 points in the first half, trailing 21-7 at the intermission. Then they came back to put up 31 unanswered points to take the 38-21 win. The Cougars should have plenty of motivation to get some redemption and to make a statement about their upcoming membership in the Big 12. Houston to cover.

Oklahoma State has posted 16 straight winning seasons coming into 2022, making them one of the most consistent football programs in the nation. In 2021, they hit 12 wins for just the second time in school history. It should have been 13 wins, and perhaps even more, but for the disappointing showing in the Big 12 Championship, where the Cowboys lay down a bit for Baylor. They bounced back in the Fiesta Bowl, coming back from 21 down to beat Notre Dame.

In 2022, the Cowboys have a new defensive coordinator in Derek Mason, who replaces Jim Knowles, but he will have Tyler Lacy, Brock Martin and Collin Oliver all getting after the opposing quarterback. Spencer Sanders returns at quarterback. Arizona State was picked to come in last in preseason polling for the Pac-12. In 2021, they went 8-5 (6-3 Pac-12), but 16 players entered the transfer portal amid some off-the-field distractions. Herm Edwards enters his fifth year with the Sun Devils, having posted a 25-18 record to this point. Emory Jones, a transfer from Florida, will start at quarterback, but can the Sun Devils stay close with all of these new players? Oklahoma State to win and cover.