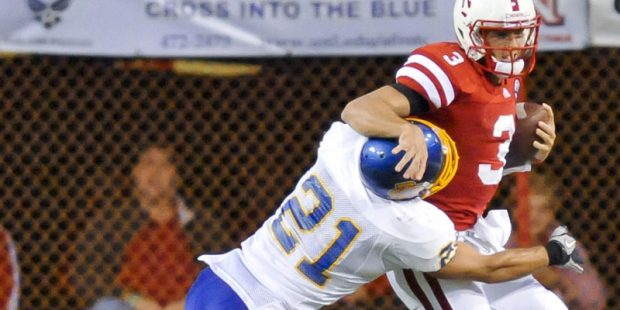 The Week Zero action in college football is generally not all that exciting, with the slate usually full of Group of Five and other conferences doing what they can to get a national television broadcast. However, we can usually expect the Big Ten to put something out there, and this time around it is a meeting between Nebraska and Northwestern in Ireland. The teams both finished 3-9 last year, and getting a national audience watching a game that has the added interest of being overseas should at least help with recruiting. Let’s take a look at your best college football betting decisions for this showdown.

Why should you bet on the Cornhuskers?

Nebraska does head across the Atlantic with an upgraded offense. Casey Thompson led the Big 12 in touchdown passes for Texas last year, but he went through the transfer portal, a wide move now that Quinn Ewers is the starter in Austin. The Cornhuskers also brought offensive coordinator Mark Whipple from Pitt, where he coached Kenny Pickett to an ACC title. Other transfer names include wide receiver Trey Palmer out of LSU, which should mean that Nebraska can finally move the ball.

Overall, Nebraska brought in 22 transfers, including 18 first-year players who have 184 starts among them. Edge rusher Ochaun Mathis came from TCU after cracking the top ten in the nation in tackles for loss, and Stephon Wynn (Alabama) and Devin Drew (Texas Tech) will both join the front seven as well. Nebraska has won nine of the 15 matchups against Northwestern in school history but has gone just 6-5 against the Wildcats in Big Ten games. Of those 11 games, six were decided by no more than three points. On the other hand, Northwestern’s offense was pedestrian last year, failing to hit 15 points in seven of their last eight games in 2021.

Why should you put your money on the Wildcats?

Northwestern will have a revamped defense. None of the starters in their secondary logged an interception last year. However, the reboot could be a good thing, as the defense ranked 101st in the nation, permitting 429.5 yards per game, and it ranked 89th in scoring defense, permitting 29.0 points per week. Chris Bergin led the nation in tackles last year – and he is gone. So if the Wildcats are going to get stops this year, it will be from the people who just made it to the top of the depth chart.

On the other hand, Adetomiwa Adebawore is back after leading the team in 2021 with 4 ½ sacks and 8 ½ tackles for loss. The real question here has to do with the point spread. Taking teenagers and athletes in their early twenties across the ocean and expecting maximum effort doesn’t always work well in bowl games, and Week Zero comes before the real routine of college life kicks in. These games can turn out weird, as the heavy favorite doesn’t always show up with a lot of motivation. If you think these intangibles might play a factor, then the cover might make sense here.

Nebraska has a 14-1 record in August games in school history (note: college games only take place in August rarely). In August games against Power 5 opponents, the average score has been 34-12 in a 7-1 record. When Nebraska loses under Scott Frost, the losses are close – 19 of his 29 setbacks have come by no more than seven points. I don’t like heavy action on this game, given the early slot in the schedule and the international travel, but I think Northwestern muddles up this game enough to cover.