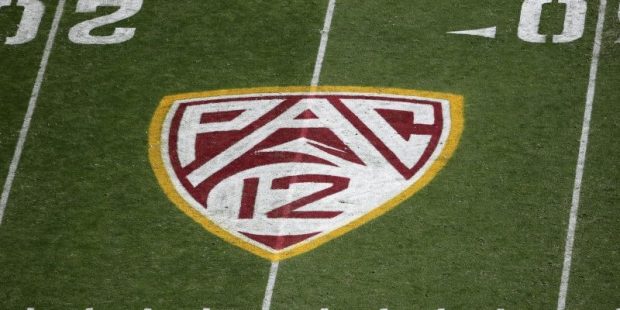 The biggest headlines about the Pac-12 in recent weeks have had to do with the pending departure of USC and UCLA, but as far as the 2022 season is concerned, another important headline had to do with a change in the format of the Pac-12 Championship. The league still retains its divisions, but instead of pitting the division winners against each other for the conference title, the two teams with the best winning percentage in conference games will meet for the championship. Last year, this would not have changed anything, as Utah would still have played Oregon for the conference title. In 2018, though, things would have been quite different, as Washington and Washington State would have played for the Pac-12 title a week after meeting in the Apple Cup to finish the regular season. The College Football betting favorites to win the title are Utah and USC, both in the Pac-12 South. Let’s look at the updated odds for each team to win the conference as well as some wagering tips.


UCLA is an interesting pick after the season the Bruins had last year. Chip Kelly finally got things turned around, as the Bruins went 8-4 (6-3 Pac-12). Both quarterback Dorian Thompson-Robinson and tailback Zach Charbonnet are back, so the team should be even better on offense – and last year’s unit was 31st in the nation and second in the Pac-12 in total offense. Bill McGovern arrives to take the defensive coordinator role, and if there is a weakness in the Bruins’ case, it is their defense. For now, though, this is a smart value bet.

USC is a dangerous pick, primarily because of their defense. They have a new head coach in Lincoln Riley, and quarterback Caleb Williams came west with him. The Trojans don’t have to face Oregon or Washington this year, making their Pac-12 trek much easier than that of the Bruins, but there is nothing to suggest that the Trojans will be able to get stops.

Washington is a dark horse with one of the better coach hires. Kalen DeBoer takes over the program, which means the offense will rebound nicely from last year’s disaster, which ranked 114th in the nation and only mustered a single touchdown against FCS opponent Montana in the season opener. Last year’s Huskies finished 4-8, but with DeBoer coming to town, the offensive resurgence should push them back up into the upper levels of the conference – and the Huskies don’t have to face either Utah or USC in Pac-12 play.

Oregon State is another interesting team, as they beat Utah, who would win the Pac-12 title, but lost to Cal and Colorado in the aftermath of that huge upset. Oregon State meets Utah on October 1 this time around, and if the Beavers can somehow pull off that upset again, they would jump into the conference championship conversation – and would represent huge value. Last year, they finished 7-6 and made a bowl game for the first time since 2013; can Jonatan Smith take the team even higher in his fifth season as head coach?