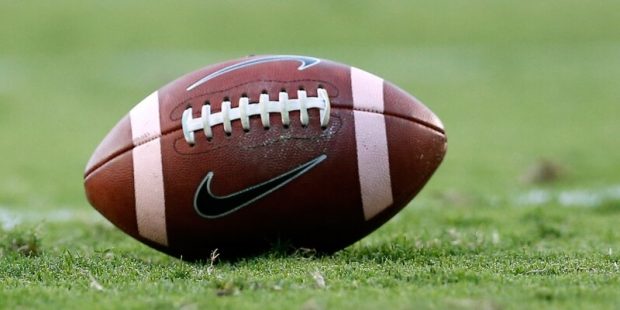 The start of the college football season is just about two months away, so if you haven’t started looking at College Football betting futures on the national championship, it’s time. The usual suspects are at or near the top of the odds list: Alabama, Clemson, Ohio State, and Georgia. The structure of college football, with the College Football Playoff only taking Power 5 conference teams seriously (although that may drop to 3 or 4, as the Big 12 and the Pac-12 have not produced meaningful contenders in several years). Also, the NIL deals available to players mean that the programs with the biggest boosters will thrive at an even higher level. Even so, it’s worth taking a look at the top ten teams in terms of odds.

Yes, Alabama lost to Georgia in the national championship last year, but they also beat the Bulldogs a few weeks earlier, rolling to an SEC Championship win by 17. While the Tide did lose a lot of players to the NFL draft, Bryce Young returns at quarterback, and Jermaine Burton, Georgia’s best receiver from a year ago, came to Alabama through the transfer portal.

Stetson Bennett returns at quarterback, and while he’s not the elite talent that Young has, he was able to lead Georgia to an SEC East title – and a national championship. Brock Bowers, last season’s SEC Freshman of the Year, returns at tight end and is one of the country’s best targets. The opener against Oregon, now coached by former Georgia DC Dan Lanning, could be interesting, but after that things seem to open up nicely.

The Buckeyes had a white-hot offense last year, and Heisman finalist C.J. Stroud returns at quarterback. The problem last year was a defense that folded against Oregon and Michigan (and would have caused other losses too, if the offense had not been there to solve the problems). Jim Knowles comes north from Oklahoma State, where his defense ranked third in the nation last year, and his scheme should solve a lot of those problems.

This is an interesting value pick, because the Clemson defense is still elite. The offense is the real question, as quarterback D.J. Uiagalelei only had nine touchdown passes against 10 interceptions last year. As a freshman, he had solid games against Notre Dame and BC, but he needs to be much better this time around. Also, both of Clemson’s coordinators left after last season, so how will the new schemes work?

Yes, the Aggies beat Auburn and Alabama (both at home), but they only finished 8-4 on the season. They have one of the top recruiting classes in the nation, and Max Johnson transferred in to join the quarterback conversation from LSU. However, I will see how the Aggies are looking when they head to Alabama before I consider them serious contenders.

Lincoln Riley heads west to take the head job at USC. He built a magnificent offense at Oklahoma and brings quarterback Caleb Williams with him. Jordan Addison, who won the Biletnikoff Trophy as the best wide receiver in the nation, and he joins the Trojans. I have no doubts about USC’s ability to score. But their defense was one of the worst in the nation last year, and Riley has never been one to worry much about stopping the other team.

The Sooners bring back former defensive coordinator Brent Venables, who went to Clemson and won the national championship. Venables returns as the head coach to find both starting quarterbacks gone. However, Dillon Gabriel, formerly of UCF, has more than 8,000 career passing yards and rejoins former offensive coordinator Jeff Lebby. This is definitely a long shot based on the Sooners’ strength of schedule this season.

Jim Harbaugh won the Big Ten last year and snagged the first playoff berth in the school’s history. His quarterback, tailback and edge rushers all left for the NFL. However, quarterback J.J. McCarthy could be a college football star. But can the Wolverines beat Michigan State and Ohio State?

It’s easy to forget that the Irish only lost one game last year – at home against Cincinnati. Coach Brian Kelly left for LSU, and his successor, Marcus Freeman, takes over for his first full campaign. The opener against Ohio State will tell us if the Irish are ready to be back in the national title conversation.

The Longhorns shocked the recruiting world when they landed Arch Manning as a recruit at quarterback. Steve Sarkisian guided Texas to a 5-7 record last year, but the transfer portal brought him another five-star quarterback (Quinn Ewers) as well as wideout Agiye Hall and linebacker Diamante Tucker-Dorsey. The talent should bring Texas back up the Big 12 standing, but the talent has never been the problem in Austin – it’s been a culture, fostered by boosters, telling the kids that they are great and making hard work optional. I don’t see Texas as a Big 12 contender or a CFP contender, and we will see just why when Alabama lowers the boom in Week 2.