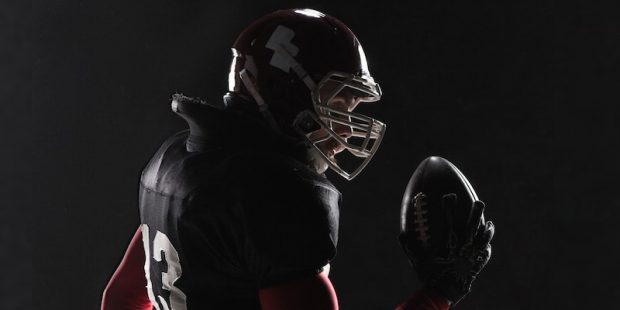 The Washington Huskies struck a major blow for the Pac-12, as transfer quarterback Michael Penix Jr threw for 397 yards, finding nine different receivers, and accounted for four touchdowns. Last year, the Huskies went just 4-8, scoring only 21.5 points per game. In his first season, head coach Kalon DeBoer has Washington in the conversation for the Pac-12 title. Oklahoma and Nebraska renewed their storied rivalry, with the Cornhuskers coming in under an interim head coach after the firing of Scott Frost. After a 49-14 humiliation, Nebraska has also fired its defensive coordinator. Texas, Baylor and Kansas State have already lost this season, so Oklahoma is the class of the Big 12 for now. Looking ahead to Week 4, here are some games that you should add to your college football betting list.

NCAA News: Sure Losers for Week 4

Both of these teams come into Saturday riding the momentum of blowout wins, as the Trojans blew out Fresno State, while Oregon State routed FCS opponent Montana State. USC has been rolling over the opposition all season long, hanging 66 points on Rice in the opener, going into halftime against Stanford up 21 and beating Freno State by 28. Caleb Williams threw for 284 yards and a pair of touchdowns against Fresno State, and Austin Jones needed just a dozen carries to rack up 110 yards and a touchdown.

Oregon State doubled up Boise State in their opener, winning, 34-17. They only beat Fresno State by three and had to score two touchdowns in the fourth quarter to get the win. The Beavers dropped 68 points on Montana State last week, as Chance Nolan threw for 276 yards and four touchdowns. The difference between the two teams’ outcomes against Fresno State is interesting, but Oregon State may have the most robust offense that USC has faced all season. Lincoln Riley has installed his prolific offense at USC, but defensive questions always surrounded his teams at Oklahoma, so it will be interesting to see if the Beavers can keep things close. I’m going with the cover here, although it won’t surprise me to see USC to win this game on the last possession. Oregon State to cover.

The Golden Gophers demolished Colorado last week, 49-7. Tanner Morgan has a 71.7% pass completion rate this season, with four touchdown passes against just one interception. Trey Potts and Bryce Williams have made up a nice tailback tandem, combining for 353 yards and four touchdowns. Chris Autman-Bell leads the team wit 214 receiving yards, while Michael Brown-Stephens and Brevyn Spann-Ford have already broken the 100-yard barrier as well.

Michigan State should be ready to bounce back from that loss to WAshingto last week. Payton Thorne has thrown seven touchdown passes this season, but he already has four picks as well, with a 63.8% pass completion rate. Jalen Berger has already run for four touchdowns, picking up 254 yards on the season. Keon Coleman and Tre Mosley have each caught three touchdown passes already as well. Minnesota has covered in 13 of their last 17 games, while Michigan State has covered in eight of their last 11 home games. The Spartans have the motivation to get over the hump of that tough loss in Washington, and Spartan Stadium is a tough place for Big Ten opposition to come in and win. Michigan State to win and cover.

The BYU Cougars have started 2022 with a tough schedule, facing Baylor at home and Oregon on the road after a cake walk at South Florida. The Cougars held off Baylor in double overtime, but then they went to Oregon and gave up 41 points to a Ducks team looking for redemption after a national humiliation against Georgia in their opener. BYU’s schedule will continue to be challenging, but a visit from the Wyoming Cowboys should provide a chance for working out some frustrations.

Wyoming is perfect so far in conference play, but their three wins (Tulsa by three, Northern Colorado by 23 and Air Force by three) do not provide a lot of confidence when playing a team that belongs in the top 15. Wyoming opened with a 38-6 loss at Illinois – not known as a Big Ten power. The three wins all came at home, so going on the road to face an angry BYU team does not seem like the time to suggest a cover. BYU to win and cover.