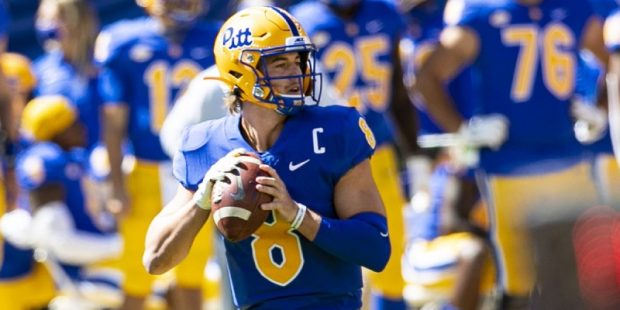 What did we learn from Week 1 of the 2022 college football season? Well, Georgia is still elite. They lost a ton of talent to the draft, particularly on defense, but when it was time to face Oregon in a neutral-site opener, the Bulldogs rolled, 49-3. Stetson Bennett is much more than a bus driver at quarterback as well, as he threw for 368 yards before taking a seat in the third quarter. Alabama is also elite, as they rolled over Utah State. Bryce Young had a 63-yard touchdown scramble and accounted for six touchdowns overall. Ohio State got a scare from Notre Dame but got a seven-minute touchdown drive in the fourth quarter, pulling away for the 21-10 win. Iowa had to punt 10 times, and they needed two safeties to get a 7-3 win over an FCS opponent. Utah went to Florida and choked away a chance at a signature statement win. How should you plan your sports betting for college football this week? Take a look at some of our sure winners.

Did you know that Pitt has never lost to Tennessee? This time around, the Volunteers head north as seven-point favorites, even though Pitt beat the Volunteers down in Knoxville by 10 a year ago. A difference, of course, is that Panthers quarterback Kenny Pickett is now in the NFL. The Panthers now have USC transfer Kedon Slovis at quarterback, and he threw for 308 yards and a score to beat West Virginia in Week 1 – and the Mountaineers had the third-best pass defense in the Big 12 in 2021. Tennessee had the second-worst pass defense in terms of yardage permitted in the SEC last year, and their top defensive back, Alontae Taylor, left for the draft. Slovis should have plenty of room to operate down the field, which makes this point spread a bit unbalanced in our opinion. Pitt to cover.

Iowa has controlled this series, in recent years as well as overall, but Week 1 was not a promising one for the Hawkeyes. They took on South Dakota State, an FCS program, but only picked up 166 yards of offense while coughing the ball up twice. Luckily, their defense came through, getting not one but two safeties in that ugly win. Iowa State also played an FCS school (Southeast Missouri State), but the Cyclones rolled to a 42-10 win. Hunter Dekkers threw for four touchdowns and almost 300 yards, and Jirehl Brock led the team with 104 yards on the ground. Could the Cyclones roll into Iowa City and take the win straight up? They absolutely could. Will they cover? We feel very confident with this pick. Iowa State to cover.

Alabama’s win over Utah State was not an example of a Power 5 school crushing a cupcake. Utah State won 11 games a year ago, including a victory over Oregon State in the LA Bowl, and the Aggies won the Mountain West Conference. However, Alabama still rolled, 55-0 – without scoring a point in the fourth quarter. They ran for 278 yards and threw for 281. Next up is a Texas team that also cruised in their opener (routing Louisiana-Monroe). Bijan Robinson is back running the ball, and he is healthy this year. Quarterback Quinn Ewers has as high an upside as any prospect in the nation, and Xavier Worthy is an elite receiver. The offensive line has some holes, though, which the Tide will exploit. There are some who think the Longhorns will be able to light up the Tide for a huge scoring play here or there, but while Texas might have the skill players to pull this off, they’ve been a great team on paper for a long time now. Alabama will win easily. Tide to win and cover.