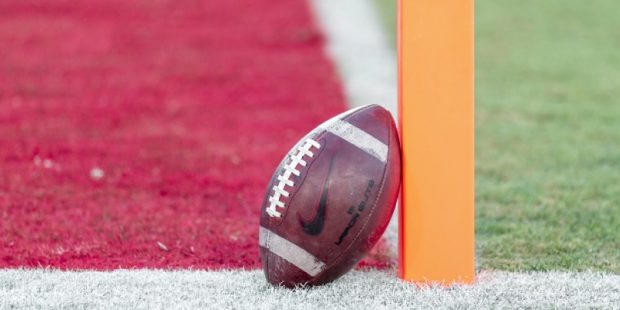 In the AP preseason college football poll, Ohio State sits at #2, while Notre Dame is just three slots down at #5. Even so, the current point spread on their Week 1 matchup has the Buckeyes favored by 17 ½ points. This is only the fourth time in the last 45 seasons that a matchup of top-five teams has featured a point spread of at least 17 points. ESPN’s Football Power Index gives Ohio State an 84% chance to win, in large part due to Ohio State’s elite offense. Can Notre Dame’s defense keep things close? Fighting Irish coach Marcus FReeman has said he will focus on stopping the running game, so that the passing game will be (somewhat) easier to bottle up. We will see how those plans work out. Check out some of our other college football betting picks from Week 1 of the 2022 season.

West Virginia hasn’t been the same run-and-gun offensive team that they were before Dana Holgorsen left town for Houston, but with J.T. Daniels having come to town through the transfer portal, the Mountaineers should be able to push the ball down the field. Pitt also has a new quarterback in Kedon Slovis, who transferred in from USC. The Panthers have the better skill position players overall, and they have stronger and more skilled linemen on both sides of the ball. However, I’m not sure Pitt can win this by 2 ½ touchdowns. West Virginia to cover.

Michigan comes into 2022 with uncertainty at the starting quarterback position, starting Cade McNamara in the opener against Colorado State but then going with J.J. McCarthy in Week 2 against Hawai’i. The Wolverines lost many of their elite defenders in the offseason, so they come in with what should be a dynamic offense – but with a defense that could be porous. McNamara will have some speedy wide receivers, and Blake Corum returns to pound the ball on the ground. However, I think the Rams can do just enough to stay within four touchdowns. Colorado State to cover.

East Carolina has a way of sneaking up on Power 5 conference teams in the early part of the season. However, the Wolfpack beat Clemson last year with Devin Leary at quarterback, and he is back for the 2022 campaign. Overall, 80% of the production in all-purpose yards returned for N.C. State, so they should be able to keep up with an East Carolina offense that can score in bunches. The Pirates’ defense can be generous, though, so I don’t expect the Wolfpack to struggle in this one. N.C. State to cover.

Utah has a terrific offense, led by quarterback Cam Rising and tailback Tavion Thomas, and the Utes are stronger and more talented along both lines. Florida does come with quarterback Anthony Richardson, who could become one of the big names in the SEC this season, and the Gators have a ton of running backs who can jet. However, people keep sleeping on Utah, and I’m going to take advantage of this small point spread. Utah to win and cover.

Rhett Lashlee returns to SMU after leaving the Mustangs to serve as the offensive coordinator at Miami (FL). He finds elite quarterback prospect Preston Stone waiting behind Oklahoma transfer Tanner Mordecai, who put up huge numbers last year. The key questions for the Mustangs, as always, start with defensive production. North Texas tends to play the Mustangs close up in Denton, so while SMU might sneak out with a late touchdown drive, I don’t see this as a double-digit game. North Texas to cover.