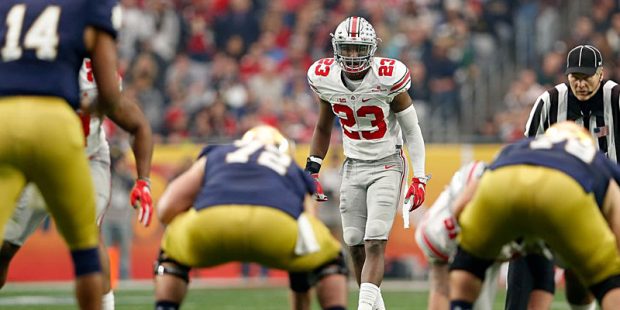 The first week of the college football season often features some outstanding matchups. Some examples from 2022 include Notre Dame’s visit to Ohio State, Cincinnati’s trip to Arkansas and Oregon’s “neutral-site” meeting with Georgia in Atlanta. However, many programs like to start with a cupcake matchup, which means the point spread is immense. This year, Tennessee hosts Ball State as 35-point favorites. Minnesota is favored to wallop New Mexico State by 36 ½. Michigan’s spread against Colorado has plummeted…all the way from 31 to 30 ½. Picking straight up can bring you some value if you find the right side of an unbalanced point spread. Read on to find out how you can leverage the straight up pick to boost your for Week 1 winnings in College Football betting.

Houston returns quarterback Clayton Tune, a healthy rotation of tailbacks and a solid offensive line. The Cougars should b able to move the ball at will; the only real problem for Houston comes on defense. If you followed West Virginia for the last decade, you know that coach Dana Holgorsen loves to throw the ball and lets the defense sort itself out, and so it won’t be a surprise if Houston allows UTSA to get a lot of points. Frank Harris returns at quarterback, and his wide receiver group has talent and speed. The defense excels at snatching the ball away from the opposing offense.

Houston has gotten an avalanche of positive press lately. They are on the verge of membership in the Big 12. They are the favorite to win the AAC this year now that Cincinnati has said good-bye to Desmond Ridder. However, UTSA has put together a terrific program, and they will be ready for a Houston team that may like itself a little bit too much. I like UTSA to pick up what would be a huge home upset.

Florida is moving into the Anthony Richardson era at quarterback. He attempted 64 passes last year, completing almost 60 percent of them. He threw for 529 yards and ran for 401 more, and he accounted for three touchdowns in the spring game, throwing for more than 200 yards without turning the ball over. He could be one of the top players in the SEC this season.

Remember that Utah has a smothering defense. The Utes lost linebackers Nephi Sewell and Devin Lloyd, but Mohamoud Diabate has transferred in from Florida to take one of thsoe slots. The secondary has speed, and the D-line has some immense bodies.

Something has to give in this matchup, as the Gators have won four season openers in a row, while Utah has won 13 of their last 15. It is hard to know just what Florida has after a disappointing finish to 2021. SEC teams tend to have a ton of speed, but so does Utah, with a swift and strong defense and an offensive group that has more experience, but Florida might have better athletes. AThleticism goes against system in this matchup, but I still like Uta to win on the road.