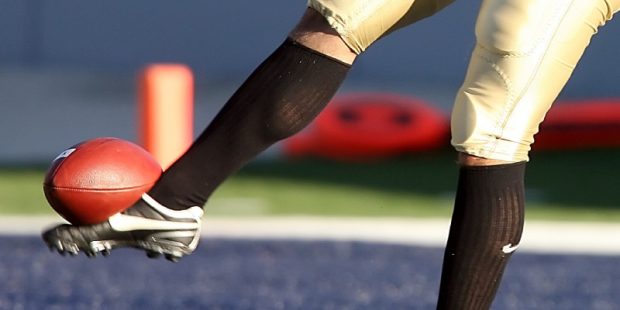 We’re not really used to following the football fortunes of Liberty University, but as long as Hugh Freeze is the coach, talented players will come to Lynchburg, Virginia. Malik Willis left Liberty after a stellar season and is now with the NFL’s Tennessee Titans, and Freeze’s next quarterback project is Charlie Brewer. He enters his sixth year of eligibility and quarterbacking the Baylor Bears for 39 games between 2017 and 2020, leading them to the Big 12 Championship in 2019. With 9,700 passing yards and 65 touchdowns, Brewer ranks second in both categories at Baylor. He suffered several concussions while with Baylor and left the 2020 Sugar Bowl with a neck injury. He was the starter at Utah at the beginning of the 2021 season but got benched three games in; he entered the transfer portal and headed to Liberty, where he feels more comfortable with a system based on run-pass-option (RPO) and tempo plays. If you’re thinking about including the first week of the college football season in your sports betting, check out some of our predictions.

Florida comes into this game with a new head coach in Billy Napier, who put together a solid program at Louisiana. He replaces Dan Mullen, who saw the Gators stumble to just six wins a year ago. Anthony Richardson is set to start at quarterback for the Gators. He showed some promise as the backup last season, so we will see how the pressure of the starting job affects him. The Gators scored 53 touchdowns on offense last year, but players who scored 40 of those have moved on. The offensive line returns three starters, so it should show consistency. The defense improved in 2021, but they still lack depth.

Utah brings back head coach Kyle Whittingham and starting quarterback Cameron Rising, as well as five of their six top receivers. Britain Covey left school for the NFL, but the other receivers should be able to fill that gap. On defense, the team’s two top linebackers went to the pro ranks, but there was a lot of depth. With their experience in big games and what they return on both sides of the ball, the Utes should pick up a signature win. Utes to win and cover.

The Boise State Broncos look to take advantage of tumult in the college football world and perhaps slide into one of the open spots in the Pac-12, and picking up a win at Oregon State would make a statement that they are ready to contend. However, Oregon State is not the doormat that it once was; last year, they actually beat Utah, the eventual Pac-12 champs, last season, en route to a seven-win season that included a bowl berth. Their conference wins also included Washington, Arizona State, Stanford and USC – a team seen as worthy of inclusion in the Big Ten.

Boise State had regularly put up double-digit win totals and controlled the Mountain West Conference. In 2021, though, some regression emerged, as they finished 7-5, their worst record since the late 1990s, when they were languishing in the Big West. However, their trajectory last season was upward, as they started slowly before stacking up some big conference victories, and they made it all the way to the MWC Championship, where they fell to San Diego State.

Oregon State has quality players on all three levels of the defense, and they will need them all to perform with a strong Boise State offense arriving. On offense, the Beavers will have Chance Nolan back at quarterback. He had a strong season for Oregon State last year with both his arm and his legs, and they have a decent wide receiver group and one of the top O-lines in the conference. We are looking at two teams on the rise, but the Beavers have more impressive skins on the wall from 2021. Oregon State to win and cover.