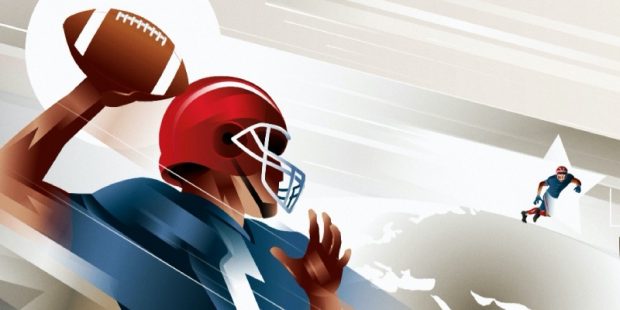 Sports betting for college football can be a frustrating exercise. At the top of the sport, many of the outcomes are so far from being in doubt that there is not much value in the matchups. Picking on games involving the likes of Alabama and Georgia can involve point spreads of multiple touchdowns. The emphasis on spread offenses often leads to point spreads that are 10 or even 20 points higher than NFL games, simply because the speed available for college football defenses is not enough to keep scoring down. The exceptions come from the defensive powerhouses at places like Georgia and Clemson. Finally, the fact that you have rosters of as many as 70 young men in their teens and early twenties playing games means that inconsistency can pop up at just the wrong time. With all of these factors in mind, here are some tips to help you with your handicapping as we get into the 2022 campaign.

NCAA News: Handicapping Tips for the First Half of the 2022 Season

There are a lot of factors that go into a college football game. You have more players getting into the action than you do in the pros. Win-loss records also don’t have the same comparability in the college game that they do in the NFL. The 32 teams in the NFL have a great deal more parity than the FBS teams do, and some teams stack their non-conference schedules with cupcake teams, while others mix in a challenge or two to boost their strength of schedule. Also, even in the Power 5 conferences, there is a lot of variability. Starting your SEC schedule with Vanderbilt, Mississippi State and Missouri is a lot different than starting it with Alabama, Arkansas and Texas A&M, so you’ll see a 7-2 team that is prime for a beating at the hands of a 5-4 team.

Consider time of possession and turnovers

With more teams going to a pass-heavy offense, time of possession is not the key metric that it used to be. However, understanding the number can help you understand how teams like to play. Teams that can still pound the ball on the ground – or who have defenses that can limit their opponents to three-and-outs – will still dominate time of possession. Turnovers have a huge impact on outcomes; teams that win the turnover battles win the game more than 80 percent of the time. Turnovers also tend to even out over time; if a team had four fumbles but still won the game, they are likely to be sloppy again the next week – but their winning ways are not as likely to follow them.

You can find value in the Group of Five games

Most of your hobby bettors like to put money down on the Power Five conferences. However, you will find more imbalances in the Group of Five leagues. One particular prop to find value here is the over/under, because insufficient two-way action can help you find a soft number. Wait for the lines to move twice before putting down your money, because that is when imbalances are most likely. The second overreaction from the bettors are often the one that will open up some leveraging for you.

Watch out for the active underdog

What is an active underdog? This is an underdog that has a lot of motivation to do well in a rematch – or in a game coming after a huge disappointment. I failed to credit Georgia as an active underdog in the College Football Playoff championship last year after Alabama beat the Bulldogs easily in the SEC Championship. I did not see the Bulldogs bouncing back, and I picked them to lose again…and we all know what happened. Whenever you think an underdog will do better than expected, don’t just think about taking them to cover the next week; take the “over” as well, because their offense will benefit from the additional energy.