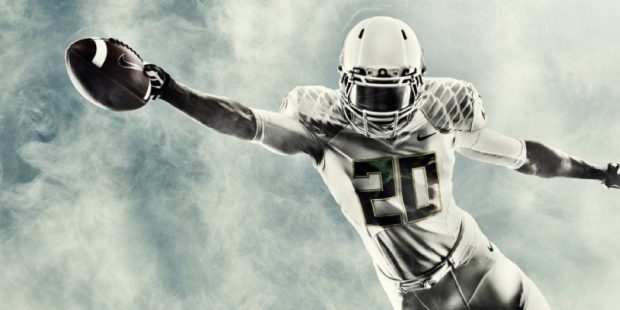 Wake Forest made it to the ACC Championship last season before falling to Pitt, and with the return of quarterback Sam Hartman, the Demon Deacons were an intriguing dark horse to contend in the conference again this season. However, on Wednesday, the school announced that Hartman will miss “an extended period of time” due to a non-football issue. He underwent a medical procedure on Tuesday night after needing medical assistance during a workout earlier that day. Hartman accounted for 50 touchdowns in 2021, one of just 16 quarterbacks at Power 5 conferences in college football history to score that many times. Mitch Griffis takes the starting role during Hartman’s absence – and Hartman could redshirt to get his last year of eligibility next season. Read on to check out the latest college football top 25 ahead of the 2022 season, along with other stories that could impact your College Football betting choices.

Let’s take a closer look at the Ohio State Buckeyes. Right now, if you want to bet on them to win the Big Ten football title, you would have a -215 moneyline looking at you, even though the Buckeyes lost to Michigan last season and did not even appear in the conference championship. The problems weren’t on the offensive side of the ball: C.J. Stroud, Treyvon Henderson and Jaxon Smith-Njigba are all back, and they could put up even more electric numbers, approaching the video-game stats that LSU put up in 2019. The Buckeyes averaged eight yards per play in 2021. They do play at least four top-15 opponents this season, but the only road game in that group is Penn State.

The questions that face the Buckeyes come on defense. That unit permitted a total of 953 yards against Michigan and Utah in the Big Ten Championship loss and the Rose Bowl comeback win. Jim Knowles has come from Oklahoma State (where he constructed the third-best defense in the nation) to solve the problems, and the recruiting class is solid, but the college football season does not come with a lot of room for error, and it might just take one or two high-scoring losses for the same questions to doom the Buckeyes.

This year, the Buckeyes do get Michigan at home, and it is the Wolverines who have huge holes in their defensive depth chart. Talented players on all three levels departed for the NFL, which means that the Buckeyes should be able to do a lot more damage with their offense in the annual matchup. If things hold for the Buckeyes, and they get past Michigan at the end of the regular season, that -215 moneyline will look like it holds a lot of betting value.

An interesting prop emerging for the Alabama Crimson Tide is the win total in SEC games. Right now, that line sits at 7 ½ games – which means that just one loss would send them under. Last season, they lost at Texas A&M, winning “just” seven SEC games. LSU has brought in Brian Kelly from Notre Dame, and he is a coach that gets the most out of his players. Jimbo Fisher excoriated Nick Saban at a press conference regarding NIL deals for players and would love to upset the Tide again, but this time the game is in Tuscaloosa. Ole Miss has a dangerous offense thanks to Lane Kiffin, and Sam Pittman has brought defense back to Arkansas. Auburn is still down – but a down Tiger team pushed Alabama to overtime last season. So the “under” looks like a smart pick again.