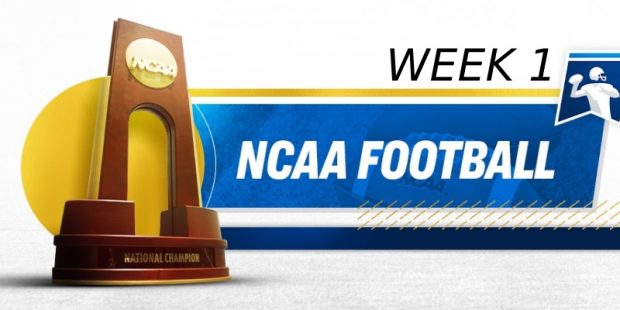 We’re getting closer and closer to the first action in the 2022 college football season, which means it’s time to throw out some advice about your top sports betting picks. We’ve already talked about some of the big matchups, such as Oregon’s cross-country trip to play Georgia, as well as Notre Dame’s showdown against Ohio State. We still have three more matchups to go over as you think about your College Football wagers.

Purdue won nine games last year and would like to build on that momentum, while Penn State stumbled to a 7-6 finish that included a terrible second half. Purdue’s offense caught fire down the stretch last year, hitting 30 or more points in five straight games to end the year. That included a 48-45 win in their bowl game against Tennessee. Quarterback Aidan O’Connell could even be a dark horse candidate for the Heisman Trophy.

The Boilermakers lost their top two receivers, and the offensive line remains a work in progress. The running game is used to set up the passing game, but it needs to improve in the red zone, as the Boilermakers had a hard time scoring touchdowns from short distances last year. On defense, George Karlaftis is gone from the D-line, and the team has to find someone else. O.C. Brothers and a pair of sixth-year players will be back at linebacker. The secondary has some injuries to figure out, especially at corner.

Penn State fell off the table, starting 5-0 and then going 2-6. Sean Clifford returns at quarterback, where he threw for a decent completion percentage and doesn’t turn the ball over. Mitchell Tinsley and Parker Washington can catch passes, but the running game will drive the offense. Keyvone Lee returns after picking up almost five yards per carry. Freshman Nick Singleton should help in the running game.

Week One: Vanderbilt (-9) at Hawaii

Timmy Chang has come home to Hawaii to coach the Rainbow Warriors after having played there as the team’s quarterback when June Jones was still coaching there. Vanderbilt is led by Clark Lea, who is back after an awful 2-10 record in 2022. The Vanderbilt offense has decent running backs and serviceable defenders, but the defense simply has to stay on the field too long, which means that the offense won’t have enough time to get its rhythm before this showdown.

Week One: Florida State at LSU

This game opened with LSU as a one-touchdown favorite, but the action has pushed the Tigers to favorites by about 3 ½ points. LSU comes in with the edge on paper thanks to new head coach, while Florida State would be glad to get to a bowl game. The Seminoles lead this series all-time, 7-2,

We have two head coaches who may be at the end of their school’s patience in Mike Norvell and Brian Kelly. LSU is still looking at a couple of candidates for the starting quarterback position. On paper, the roster looks solid, but health has to be a priority. With the line this low, you have to jump on LSU.