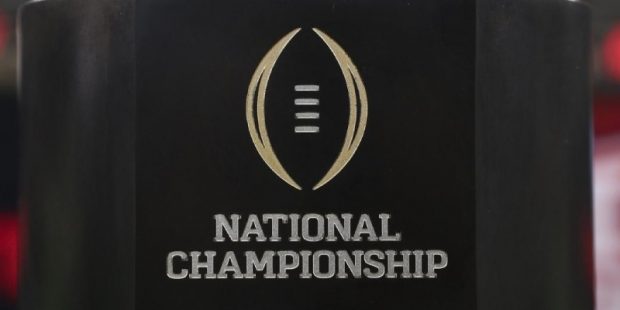 Pitt and West Virginia renew a rivalry this weekend that has lain dormant for 11 years: the Backyard Brawl. In 2007, when Pitt coach Dave Wannstedt was preparing his team to play at West Virginia, ranked #2 that year, as a 28 ½-point underdog, he told them about how their team bus had been hit with rocks and beer bottles in prior seasons. The first play ended with a fight between two linemen, and the rivalry between coal miners of West Virginia and steel workers from Pitt remains just as fierce as it was then. Thursday’s game should be entertaining, to say the least. As you think about sports betting ahead of the 2022 regular season, one futures wager that is popular is the choice for the national champion. Check out the latest College Football odds and some of our insights about the contenders.

Alabama is the favorite, and they will be the favorite until they don’t win it every two or three years. This time around, Bryce Young comes back looking for a second Heisman Trophy, and Will Anderson, a star linebacker, might be the nation’s best player. To add insult to injury, the Tide added Georgia Tech tailback Jahmyr Gibbs through the transfer portal.

Ohio State also has an elite quarterback returning in C.J. Stroud. He has Marvin Harrison Jr and Jaxon Smith-Njigba, who starred in the Rose Bowl win over Utah, running routes for him. The defense, which was porous a year ago, has the coordinator from Oklahoma State this year – last year, his system produced the third-best defense in the nation, as the Buckeyes look to get revenge on Michigan and the rest of the world.

Georgia lost an immense amount of talent in the draft, especially on the defensive side of the ball. Can Kirby Smart recruit and reload as well as Nick Saban? We will see. Stetson Bennett returns at quarterback, and Brock Bowers is back at tight end, so the offense should be steady once again.

Clemson did not make the College Football Playoff after a three-loss regular season, but they did get to ten wins, and their defense remains one of the nation’s best. We will see if getting two new coordinators doesn’t make Dabo Swinney’s job more difficult, and we will also see if quarterback D.J. Uiagalelei is ready to put an ugly 2021 behind him.

Texas A&M did get the nation’s top recruiting class, and they did beat Alabama last year. However, they lost four games and were nowhere near the College Football Playoff. The toughest non-conference foe for the Aggies is Miami, and then the SEC West comes calling. Aggie fans have October 8 circled – the date of the Aggies’ visit to Alabama.

Michigan won the Big Ten and made the College Football Playoff last year despite losing to Michigan State, but this year, they can’t decide on a quarterback, so Cade McNamara will start the opener and J.J. McCarthy will start the second game. Defensive end Aidan Hutchinson is gone, and so are several other key contributors on that side of the ball.

Notre Dame lost Brian Kely to LSU, but Marcus Freeman is more than ready for the head coaching job. The Irish open with Ohio State this Saturday, so we will see whether Notre Dame is ready to join the ranks of the nation’s elite – or whether they’re still just a really good team.