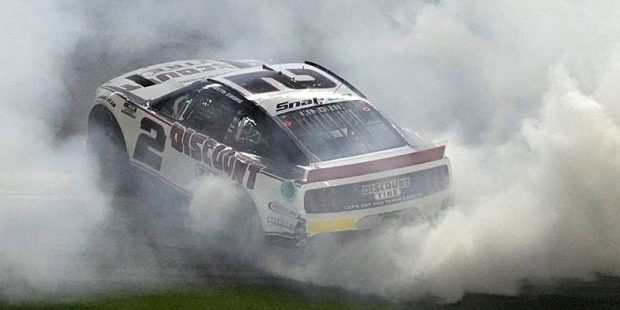 On Sunday, Kyle Larson ran away with the Go Bowling at the Glen road race at Watkins Glen International. He moved into the lead for the first time with five laps left and fought off A.J. Allmendinger to take the win. Larson blew by Chase Elliott on a restart even though Elliott got to choose his position as the race leader. Elliott opted to start on the outside, and then Larson moved past him in the first turn, and Allmendinger and Joey Logano passed him as well. This made two straight wins in the Cup Series for Larson – and 18 wins for his career. This week, NASCAR heads to Daytona International Speedway, and the Cup Series race is the Coke Zero Sugar 400, set for Saturday night. The action starts at 7:00 pm Eastern time on NBC, with the radio call on Motor Radio Network or SiriusXM. We have the NASCAR betting odds for each driver to win, look below.

Aric Almirola is an interesting sleeper here because of his performance at plate tracks. While his track record as far as wins is not promising, if you want to play a Top 3 prop, you can still get plenty of value on here. Erik Jones is another driver to consider for Top 3, but he does not have as much experience on plate tracks in the Cup Series as Almirola does.

Michael McDowell impressed with his win at the 2021 Daytona 500, but did not you know that he has 11 top-15 finishes in the last 13 races at Daytona International Speedway overall? He’s another value pick that could pay big in a NASCAR season that has featured so many different winners.

Ross Chastain might be the best plate racer in the sport. He has won several Xfinity Series races on plate tracks as well as one in the Cup Series. A lot of drivers struggle even to finish a plate race, but Chastain is finishing and dominating.

Denny Hamlin has 13 top-ten finishes in 27 races on plate tracks since 2015. This includes three victories at Daytona International Speedway. Those 13 top-tens are tied with Joey Logano for the most top-ten finishes over that time frame. However, Logano has not won at Daytona yet. Is this his time? There might be better plays than Logano.

Bubba Wallace had already established himself as a solid plate racer, with nine top-15 finishes in 11 starts at Daytona International Speedway – including three top-five finishes in the last four, but that win at Talladega made it an official thing.

Chris Buescher has six top-ten finishes in the last 10 races at Daytona International Speedway, including a runner-up finish in the summer race here in 2021.

Ryan Blaney has come in fourth, first, sixth and second in four of the last five races at Daytona. He won at Talladega (another plate track) in 2019 and 2020.

Ty Dillon has 12 top-15 finishes in his last 18 starts at Talladega and Daytona combined. He needs to find a new team for 2023, so look for him to push hard on Saturday so that he can stay in the Cup Series.