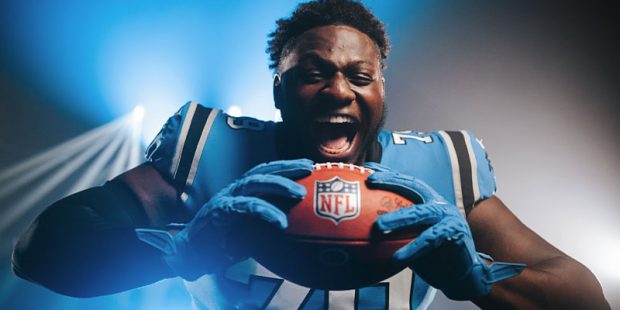 The Carolina Panthers ran out to a 3-0 start last season. Granted, two of those wins came against the Jets and the Texans, but they also beat New Orleans when the Saints still had Jameis Winston, a week after the Saints had demolished Green Bay. At 3-0, they swapped Dan Arnold for cornerback C.J. Henderson and swapped a pick for cornerback Stephon Gilmore to bolster their pass defense. At the time, quarterback Sam Darnold said, “We’re ready to win now.” How’d that turn out? The Panthers went 2-12 down the stretch, as Darnold collapsed and offensive coordinator Joe Brady (who was part of LSU’s 2019 national title run) got the axe. Head coach Matt Rhule enters 2022 on a hot seat, especially with the arrival of Baker Mayfield to presumably take the starting quarterback job after resurrecting the Cleveland Browns. Should you wager on the Panthers this season? We have some NFL betting matchups for your consideration.

NFL News: Must-Bet Games for the Carolina Panthers in 2022

So, the Cleveland Browns, with (presumably) Jacoby Brissett at quarterback, will visit Carolina to face their former starting quarterback. The Browns have Nick Chubb and Kareem Hunt to carry the ball, while the Panthers have Christian McCaffrey. However, both Chubb and Hunt are healthy, while McCaffrey will likely miss the preseason. In 2020, a high ankle sprain, a shoulder injury and a thigh injury cost him 14 games; in 2021, a hamstring strain cost him five games, and then a November ankle sprain ended his season early. When McCaffrey can play, he is electric; his fragility makes him a question mark. The Browns reportedly have motivation to work hard against Mayfield, given stories that have emerged about locker-room dissension, while the Panthers remain a work in progress. I see the Browns turning this into a running game, just pounding the Panthers into submission. Cleveland to win and cover.

Baker Mayfield against Daniel Jones? Mayfield has a lot more skins on the wall, both in college and the NFL. The Giants do have a healthy Saquon Barkley carrying the ball, which could cause Carolina some fits on defense. However, Jones has a propensity to turn the ball over, which could give the Panthers a couple of short fields on offense. The Giants have a tough mentality, but they have a hard time getting out of their own way. I think Mayfield can lead enough sustained drives for the Panthers to control the rhythm of this game. Carolina to cover.

If this were an early game, I would call for a Panthers’ upset, simply because of how difficult it is for West Coast teams to do well with a 1:00 pm ET kickoff – and for the fact that Arizona’s collective mentality seems soft, dating back to the last third of the 2021 season, as well as Kyler Murray’s request to come out of an embarrassing playoff game. The Cardinals will not have DeAndre Hopkins back from his suspension yet. Does that mean that the Panthers can pull off the upset? I think the Cardinals still have enough weapons to go to Carolina and get a win, but pay attention to the point spread of this game. For now, I like Arizona to win and cover.

This is the kind of game that Baker Mayfield has struggled in his entire career. The Rams have a fast defense and a grueling pass rush, so I expect Mayfield to spend a lot of this game running for his life. The Rams have kept most of their key pieces from last year’s Super Bowl run, and they should have received a lesson already in terms of Super Bowl hangover, as I have them losing to Buffalo in Week 1. I expect the Rams’ defense to take charge of this game, and then in the second half, I see Matthew Stafford lighting up the Panther defense on several touchdown drives to pull away. Rams to win and cover.