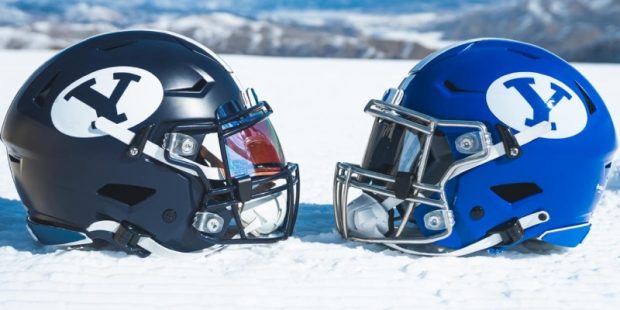 BYU has emerged as a possible national football power, losing just once in 2020 (although that loss happened against Coastal Carolina) and beating Utah, Arizona State, Washington State and USC in a ten-win 2021 season. They’re heading to the Big 12 next season – although that move may actually make their schedule easier, thanks to the middle- and lower-tier football programs that await them there after life as an independent program. How will this season go? We have College Football betting picks for each of their 12 regular-season games.

Did you know that USF has the second-most returning production in terms of experience of any team in the nation? BYU ranks ahead of them, though. BYU should be the favorite here, but the Cougars might get caught in a trap game, and the Bulls have Gary Bohanon, the former Baylor quarterback, through the transfer portal. 1-0.

Baylor beat the Cougars last year, 38-24, behind more than 300 rushing yards and four touchdowns. However, the Cougars’ defensive line had a lot of injuries. Will a healthier D-line (and a shift to Provo) make the difference? 2-0.

The Ducks have a new head coach (Dan Lanning) and a new starting quarterback (Bo Nix, if he can hold off Jay Butterfield and Ty Thompson for the job). Oregon’s O-line is one of the best in the nation, so this could be a run-heavy game. 2-1.

Wyoming lost a lot of talent through the transfer portal, so BYU should have a big point spread in their favor. 3-1.

Utah State won the Mountain West Conference last year, but a lot of their talent has left, via graduation or the transfer portal. 4-1.

This is Notre Dame’s annual Shamrock Series game, a neutral-site contest. Notre Dame has a stout offensive line, so BYU will have a difficult time getting the ball. 4-2.

Thanks to Sam Pittman, the Razorbacks have become a defensive force in the SEC again. However, playing this in Provo should help the Cougars. 5-2.

Liberty will have a new quarterback after Malik Willis went to the NFL. Charlie Brewer is the expected starter after transferring from Utah, but he was the losing quarterback in the Utes’ game against BYU last year. 6-2.

East Carolina has a high-octane offense, but their defense is absolutely porous. 7-2.

Last year, Boise State beat BYU, most likely knocking the Cougars out of New Year’s Six bowl game contention. This will be the last game between the two programs for a while, after BYU canceled future games due to its pending entry to the Big 12. 7-3.

Stanford was dreadful in 2021, and while their talent is better this time around, BYU has the experience and the mentality to win on the road here. 9-3.