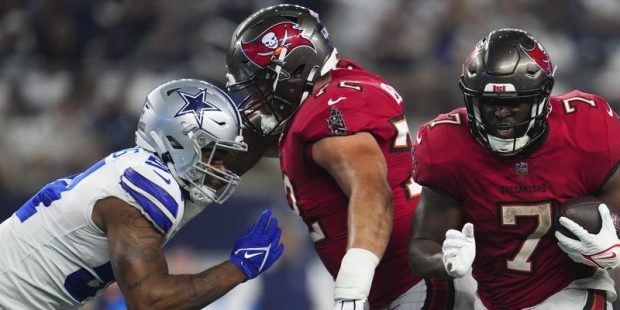 The Tampa Bay Buccaneers and the New Orleans Saints were not in the same division until 2002, so the rivalry is still a fairly recent one. Overall, the Saints lead the series, 39-21, and while the Buccaneers beat the Saints in the divisional round of the playoffs in 2020, the Buccaneers have lost every regular season meeting since 2018. Even with Tom Brady leading the Buccaneers in 2020 and 2021, the Saints were able to win all four meetings during the season; in 2021, the Saints lost starting quarterback Jameis Winston to an ACL tear in the first meeting and had backup Trevor Siemian playing in the second, but the Saints still completed the sweep, even though Tampa Bay won the division. Let’s take a look at your best NFL betting decision for this week’s matchup.

Why should you bet on the Buccaneers?

Tampa Bay rolled to a 19-3 win in Dallas to open the regular season; to be honest, the score should have been much bigger for the Buccaneers, as Tom Brady was sacked twice on third down in the red zone, forcing field goal attempts. Brady threw for 212 yards, a touchdown and a pick, with Mike Evans (five catches for 71 yards) his top target. Julio Jones picked up 69 receiving yards. Leonard Fournette pounded the ball on the ground for 127 yards.

The defense was the real story, limiting Dallas to just three points. Tampa Bay’s rushing defense held the Dallas tandem of Ezekiel Elliott and Tony Pollard well under 100 yards combined, and the front seven kept quarterback Dak Prescott running all night. Devin White had two sacks, and the Buccaneers’ pass rush ended up giving Prescott a hand injury that forced him out of the game. The Bucs have covered six times in their last eight games in the NFC South and four times in their last five road games.

Why should you put your money on the Saints?

New Orleans was the latest team to take advantage of the Atlanta Falcons’ collective propensity to collapse, coming from behind to win, 27-26. Jameis Winston threw for 269 yards and two scores, and Swiss-army knife Tayson Hill led the team in rushing, picking up 81 yards and a touchdown. Jarvis Landry proved to be a valuable acquisition at wide receiver, catching seven passes for 114 yards. Michael Thomas made his return with five catches for 57 yards and two scores.

On paper, the Buccaneers do come in as the better team, particularly on the defensive side of the ball. However, the Saints’ defense seems to get up for Tampa Bay, time and time again, which has led to the Bucs’ inability to win recently in th irregular season. The Saints have covered in 11 of their last 16 games in the division – but just once in their last five home games. If you like the Saints here, you perhaps see Tom Brady coming in a little distracted after the revelation of his separation from Gisele Bundchen and the Saints turning an early turnover or two into a quick lead.

I’d be even more apt to take the Saints here if this were a prime-time game, as the Superdome has become known as a house of horrors for opposing teams in nighttime games, due to the raucous crowd. Even early in the afternoon, I see the Saints taking advantage of injuries in the Tampa Bay O-line and holding on for a gritty win. I predict a final score of New Orleans 26, Tampa Bay 23.