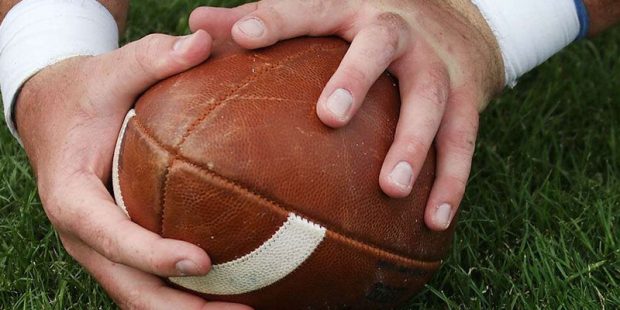 If you already thought that Michigan Wolverines head coach Jim Harbaugh was a little over the top, then his latest headline won’t surprise you much. After the spring and summer, Harbaugh still hasn’t been able to pick a starting quarterback, so the first two games of the season will serve as the proving ground. Cade McNamara was the starter last season and will go against Colorado State in the opener. Sophomore J.J. McCarthy will start the second game against Hawai’i, and Harbaugh said that both quarterbacks will play in both games, and both quarterbacks may continue to see regular action after that. In a press conference, Harbaugh said, “Some people have asked, ‘How did you come to that decision? Was it based on some kind of NFL model?’ No, it’s really based biblical. Solomon, he was known to be a pretty wise person.” When you win the Big Ten and advance to the College Football Playoff, you can be a bit eccentric and get away with it, but we will see how long this quarterback scenario works in Ann Arbor. Now, let’s look at the preseason AP Top 25 one more time and talk about some other headlines in college football that could influence your College Football betting decisions.

Can Clemson return to the College Football Playoff?

It seemed like the Tigers had a dreadful 2021, but they actually did win 10 games for the 11th consecutive season. Defensive coordinator Brent Venables left to take the head job at Oklahoma, and offensive coordinator Tony Elliott is now at Virginia. Last year, the offense was abysmal, as we saw in a 10-3 loss in the season opener to Georgia and, perhaps even more vividly, in a bizarre 14-8 win over Georgia Tech. The defense is still elite, especially up front, and D.J. Uiagalelei should be better after a tough 2021 at quarterback. If not, the Tigers have other options. They should be able to vault back to the top of the ACC…and waltz into a playoff spot.

Can Florida State get to a bowl game?

Remember when Florida State was a national powerhouse? They went to 28 straight bowl games between 1982 and 2009 under Bobby Bowden, but they have only played in one bowl game in the last four seasons. Last year was deceptive, as the team played better than its record indicated. Losing to Notre Dame caused such a crisis in motivation that the Seminoles lost the next week to Jacksonville State as well, and then things collapsed. The O-line should be better, and the Seminoles get seven games at home, so they should be bowling once again.

Can Texas return to a bowl game?

At one point, the Longhorns dropped six in a row last year, en route to a 5-7 slate. Their recruiting class this time around included elite quarterbacks Arch Manning and Quinn Ewers, but the offensive line is still substandard. The good news for Texas fans is that they haven’t moved to the SEC yet, so they get a Big 12 schedule that, if we’re going to be honest, isn’t any tougher than the American Athletic Conference these days. As always, Texas has the talent, but the culture of entitlement is going to keep them from accomplishing much more than, say, an 8-4 record and a mid-level bowl game.