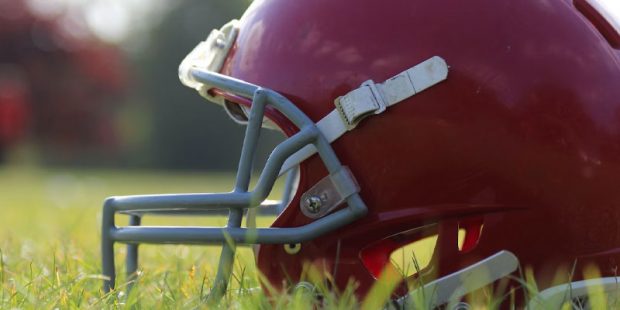 Oregon has bounced back quite nicely from that humiliation against Georgia in Week 1. In Week 3, they made a statement with a 41-20 drilling of then-#12 BYU at home. Bo Nix had one of his best passing days in his college career, going 13 of 18 and throwing for two touchdowns while running for three more. The Ducks’ defense was even more impressive, physical and relentless all day long. If Oregon can get this winning streak going, they could make themselves part of the Pac-12 title conversation and perhaps even a CFP slot, if they could win out. A surprising team this year has been Kansas, with a 3-0 mark for the first time since 2009. They went to Houston and dealt the Cougars a 48-30 upset, as Jalon Daniels threw for three touchdowns and the team ran for three more scores, piling up over 250 yards on the ground. The Jayhawks have scored at least 48 points in three straight games for just the second time in school history. Check out the latest AP Top 25 poll, as well as some College Football betting thoughts for the coming week’s games.

Oklahoma hosts Kansas State this week, with a 12 ½-point spread as the favorites. This might seem like a lot because of the way Kansas State has hung with teams (especially Oklahoma) in the past. However, the Sooners have covered in three straight games since the start of the Brent Venables era, thanks in large part to the dominant defense the Sooners have been playing. Everyone else in the Big 12 has shown some significant flaws to this point, so look for Dillon Gabriel to lead more scoring drives, and for the Sooners to dominate this game.

Arizona State pretty much had to end the Herm Edwards era. After all, the school was going through an extensive NCAA investigation. Staff assistants were leaving, and players were crowding into the transfer portal. When the Sun Devils lost at home to Eastern Michigan – with the visitors led by a backup quarterback – there were no more excuses. Edwards posted a 26-20 record over five seasons, with one bowl victory. In the last year, the top quarterback, tailback, linebacker and defensive lineman transferred out, as did the two best wide receivers. Edwards came to Arizona State in 2017 after having been out of the college game since 1989. One name that has been attached to the vacancy is Deion Sanders, so that will be interesting to see how this impacts recruiting going forward.

USC has an excellent chance of making the College Football Playoff and ending a drought for the Pac-12. Why? The same reason that Oklahoma kept making it out of the Big 12 – the Air Raid offense that Lincoln Riley brought with him. The Trojans’ punter has only had to kick five times in the first three games, and three of those came in garbage time in the fourth quarter, with the score already secure. Last week, USC rolled over Fresno State, 45-17, hitting the 40-point mark for the third game in a row and going 3 of 3 on fourth down. They also have now scored nine touchdowns in 11 first-half possessions this year. Through three games, the team has scored 152, the most over that span to open a season since 2005. Last year, the Trojans ranked #65 in the nation offensively (and went just 4-8), but now, they look like an offense that has been together for years.