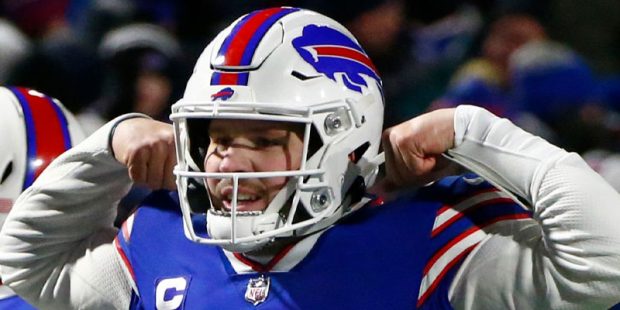 Each year since 1938, the National Football League has recognized a Most Valuable Player. This tradition began when Mel Hein, also known as “Old Indestructible,” won the Joe F. Carr Trophy as a member of the New York Giants. He played starting center (which, at that time, was a position on both defense and offense, similar to the nose tackle position when the other team had the ball). Obviously, times have changed, as offensive players tend to dominate the MVP voting – and particularly players at the skill positions. Quarterbacks have won the vast majority of MVP trophies; in fact, it has been years since the last non-quarterback winner (tailback Adrian Peterson, in 2012). The last time a defensive player won the MVP honors was all the way back in 1986, when Lawrence Taylor, the legendary linebacker for the New York Giants, won the trophy. Let’s look at the latest NFL betting odds to win this coming season’s MVP, and we’ll also talk about some of the key contenders.


Aaron Rodgers has won the past two seasons to give himself four MVP trophies in all. He picked up 39 of 50 first-place votes along the way. He posted a 69% completion rate with 37 touchdown passes against just four picks. During the 16 regular-season games in which Rodgers appeared, the Packers went 13-3, including an 8-0 home record, and Green Bay skated to another easy NFC North title. The Packers do not have Davante Adams running routes for them, but with another fairly easy division road ahead of them, Rodgers should be able to put up another solid year of numbers – and you can get a little value on Rodgers right now.

Josh Allen is the odds-on favorite for a number of reasons. He has grown as a passer each of the last three years, and the Bills have turned into an offensive powerhouse. In 2021, the Bills were top three in the NFL in points per game, top five in yards per game and top ten in DVOA. Allen put up more than 5,000 all-purpose yards and 42 touchdowns last season. He came into the NFL known for his running prowess, and he has added an ability to make just about any throw while maintaining the strength to absorb punishment from the defense.

Patrick Mahomes won the MVP in 2018, but the 2021 season was a bit down for him in terms of numbers. He did throw for 4,839 yards and 37 touchdowns, but he had 13 interceptions, which is too high for an MVP. However, most of those turnovers came in the first half of the season, when the Chiefs had some uncharacteristic struggles. Once Mahomes learned to stop forcing the ball deep into a two-safety alignment, then things settled down, and the Chiefs’ offense took off again. Tyreek Hill is gone, but Marques Valdes-Scantling has come to town as a deep threat. The Chiefs did opt for a more balanced approach in the second half on offense last year, which could keep Mahomes’ numbers below some of his fellow contenders.

Joe Burrow is close in age to where Mahomes and Lamar Jackson were when they won their first MVP titles. Burrow also led his Bengals to the Super Bowl last season, which is a must for a legit MVP candidate. In 2021, Burrow ranked in the top ten in touchdown passes and passing yards, and the offensive line in front of him has improved. Ja’Marr Chase and Tee Higgins are back to run routes, and if Cincinnati can move up from last year’s ten-win performance – and if the offense keeps putting up numbers – Burrow is also an interesting value pick.