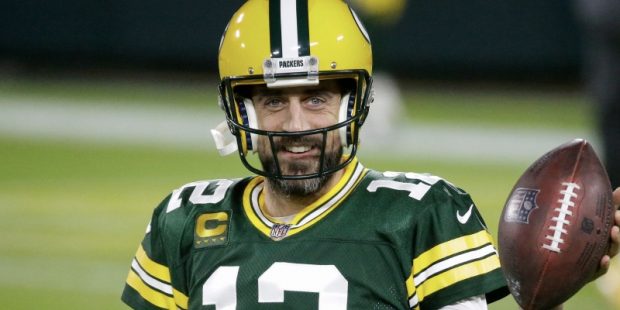 Whether you’re talking about NFL betting outcomes or fantasy football drafts, the most important position for any NFL team is the quarterback. If you don’t think this is true, ask the Tampa Bay Buccaneers, who went from missing the playoffs to winning a Super Bowl just by replacing Jameis Winston with Tom Brady at quarterback. Ask the Indianapolis Colts, who have assembled an elite team at every other position and have spent the last few seasons trying to replace Andrew Luck with such veteran experiments as Phillip Rivers and Carson Wentz and are trying the same thing this season with Matt Ryan. We’ve listed all 32 of the likely starting quarterbacks this season, ranked into tiers based on how we expect them to perform.

Allen can make any throw on a football field, and he is also the focus of the running game. In the divisional playoff in Kansas City, he converted fourth down after fourth down, and the Bills only lost that game because they lost the overtime coin flip. He will be back for more this season.

Mahomes’ only real flaw is his impatience. He can also make any throw out there, and his mobility and vision are better than any other quarterback in the league. He regressed a bit in 2021, so he should come back hungrier this time around.

He has won back-to-back MVP awards and leads the league in most efficiency metrics. The only problem for Rodgers is that his team no longer has Davante Adams running routes for him. We’ll see if it matters.

With a Fox Sports announcing gig coming, this has to be Tom’s last season. Right? His numbers last year topped his career totals in passing yardage, and the Bucs added Julio Jones to an already solid receiving corps.

He beat Patrick Mahomes twice, once on his home field in the AFC Championship. He got sacked over and over in the Super Bowl, and if the officials hadn’t decided to start calling touch penalties on a late Ram scoring drive, Burrow might have a Super Bowl ring. You can’t argue with his toughness or his clutch performance.

No one’s passes look prettier than Herbert’s, as his balls are ropes that zip right to the target. With a better defense and a better offensive line, Herbert should start to get more notice this season.

Prescott was torching the league until a calf injury that he sustained on a game-winning throw in overtime up in New England. When he came back, he looked tentative, and his boneheaded quarterback draw at the end of the wild-card round loss at home to San Francisco was just another sign that Prescott is not yet an elite franchise quarterback.

Arriving in Denver might vault Wilson back up to the top group. He is still capable of the gorgeous deep ball, but his greatest flaw is his refusal to accept what a defense gives him.

When the running game is cooking, Jackson is impossible to stop. You don’t know if he’s going to run or pass, and it’s hard to stop him either way. However, when things are not cooking, he is pedestrian, and the offense grinds to a halt.

Yes, he led his team to a Super Bowl, but the turnover bug returned late in the season, and if San Francisco hadn’t dropped an easy pick in the NFC Championship, Stafford might not have his ring. He also has elite wide receivers around him, which always helps.

Ryan’s mobility has reduced to just about zero, but he did complete two-thirds of his passes against a Swiss-cheese offensive line. With a terrific line in front of him this year, he should bounce back, but how high can he bounce?

This classification could be dead wrong, but Watson hasn’t played since the playoffs at the end of the 2020 season. His arm was terrific, and his accuracy was unquestioned, and he was the reason why Houston kept ending up in the playoffs. Can he do the same thing in Cleveland?

The team was so unhappy with Murray’s preparation that they added a clause to his extension requiring four hours a day of film study. Then the team was so embarrassed by the blowback that they cut the clause out. With this sort of drama swirling, it will be interesting to see if Murray can establish himself as a team leader with credibility.

When Derrick Henry can run the ball well, Tennessee’s offense looks transcendent with Tannehill at the helm. When Henry was out with injury, Tannehill had a 7:7 TD:INT ratio except in the track meet against Houston to close the season.

If you look at the numbers, Kirk Cousins is elite. He also does a good job finding the excellent receivers on his teams. He isn’t mobile, though, and in pressure situations, he tends to vanish.

We’ll have a better idea of Hurts’ quality after this season. With his read-option plays, Hurts can damage opposing defenses, and with A.J. Brown on the team, Hurts has a chance to win the NFC East.

Yes, he led the Browns to a divisional playoff game, a major feat for that franchise. He spent a lot of 2021 dealing with a non-throwing shoulder injury and a knee strain. Moving to Carolina gives him a fresh start – but with a less established roster.

Mills improved over the course of 2021, with a 68% completion rate and a 9:2 TD:INT ratio over the last five games, with a 102.4 quarterback rating. His offensive line was not good, and he only had one top-level wide receiver. Expect more of the same suffering, though, as the Texans did not do much to add quality talent.

Jones had a 22:12 TD:INT ratio, and while he never made backbreaking mistakes, he also made no transcendent plays. Bill Belichick knew what he was doing when he limited Jones to a handful of pass attempts for their game in Buffalo – and the Pats snuck out with a win.

Winston accomplished an NFL first with 30+ touchdowns and 30+ interceptions in his last season with Tampa Bay. He went to New Orleans, backed up Drew Brees for a year, and then he was putting up terrific numbers as the starter until he blew an ACL against Tampa Bay. He’s healthy and back this season, and few players have a higher ceiling in terms of talent and motivation.

Tagovailoa does decently in an RPO setting, but if you can get pressure on him in the pocket, he will turn the ball over. How far can he throw the ball down the field with accuracy? We’ll see this now that Tyreek Hill is in town.

The Lions started 0-6 with Goff, including a 44-6 humiliation at the hands of the Eagles. Dan Campbell started calling plays, and the team went 3-4-1, with Goff going 3-2-1, completing 68% of his passes and posting an 11:2 TD:INT ratio in those six games. Could he be ready to do better this year?

→Sophomore Seasons on the Hot Seat

Wilson completed 55 percent of his passes and had a 9:11 TD:INT ratio his rookie season. His quarterback rating was the worst in the NFL, and he came in 31st in yards per attempt. The line in front of him should be better this season, as should the defense.

Fields was given too many dropback plays last year behind an offensive line that can’t stop anyone. He does have a solid arm and can throw with accuracy, but the Bears need a lot more RPO and zone-read plays.

The 49ers are giving Lance the keys to the offense, and while he has a decent O-line and a stout defense, things didn’t look up until Deebo Samuel signed his extension.

In his rookie campaign, Lawrence had a 12:17 TD:INT ratio and the lowest yards per attempt for any quarterback starting more than five games. With a new coach and upgrades at quite a few positions, Lawrence should have more time in the pocket.

Mike Tomlin has a reputation for getting the most out of his players, and Trubisky wasn’t bad back in 2018. He had the third best QBR according to ESPN and added more to the offense with his running than any quarterback not named Josh Allen. The Bears forced him more into dropback passing, though, and his numbers suffered.

There are times when Wentz puts up numbers, but when he thinks he needs to take over the game (or when he gets too much pressure) he turns the ball over. Also, he’s too cocky to listen to anyone else. That’s not a good combination.

In 2019, Mariota started six games for Tennessee, posting a 7:2 TD:INT ratio. However, he took 25 sacks and didn’t complete 60% of his passes. He is quick, but he will need to be behind that porous offensive line.

→Do Not Pick these Quarterbacks for your Fantasy Team

Jones is an exciting runner, but he keeps turning the ball over. He has 36 fumbles, the most in the NFL since he entered the league in 2019. He has also thrown 29 interceptions, which means 65 turnovers in 37 games from one player.

Yes, the Seahawks also have Drew Lock, but Lock is even worse.