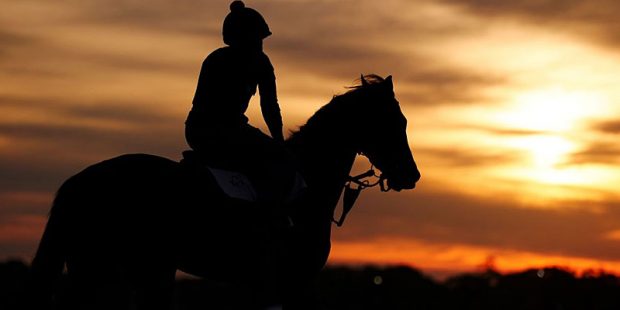 We’re five days away from the 154th running of the Belmont Stakes, set for Saturday at Belmont Park. Rich Strike, the winner of the Kentucky Derby, comes back after skipping the Preakness Stakes. Rich Strike was a late entry at Churchill Downs and ended up paying the second-longest odds in the history of the storied race. Was it a fluke? We will see how he fares at the Belmont. The field on Saturday includes some horses he beat at Churchill Downs, including Barber Road and Mo Donegal; some tough horses who did not run at the Kentucky Derby but did run in the Preakness, including Skippylongstocking and Creative Minister; as well as some new talent, such as Net and We the People. None of the horses in the field have raced at the 1 ½-mile length that the Belmont brings. Let’s take a look at the field ahead of tomorrow’s post position draw; after that takes place, we will have the first Belmont Stakes betting odds for each horse.

Barber Road started the Kentucky Derby at 60.40-1 odds but came in sixth, 4 ¾ lengths back of Rich Strike. He came in second at the Arkansas Derby and had four straight finishes on the board in Oaklawn Park prep races. At Churchill Downs, he was at the back after the first quarter-mile and then swung wide in the far turn before getting even farther outside in the stretch and zipping past fatigued horses. He is a closer, so expect a similar approach on Saturday.

Creative Minister had a nice win at an allowance-optional claiming race on the undercard at the Kentucky Derby and then finished third at the Preakness Stakes. Hernandez took him out for a rally down the stretch behind Early Voting, who would win. His Equibase Speed Figure at Pimlico was just 99, but this horse has only started four races in his career, so his ceiling could be quite high.

Golden Glider appeared in Kentucky Derby preps in February but did not impress, coming in fourth at the Toyota Blue Grass Stakes and the Lambholm South Tampa Bay Derby. He got within 3 ½ lengths of We the People through six furlongs at the Peter Pan Stakes on May 14, but he could not answer when the leader pulled away. This field is tougher than the Peter Pan, so it’s hard to argue for putting much on this one.

Mo Donegal came in fifth at the Kentucky Derby when his rally fell short and he settled for 3 ¾ lengths back of Rich Strike. He broke slowly from the rail and ended up 10-wide in the stretch, and he ended up off the board for the very first time. He won the Remsen Stakes at the age of two and won the Wood Memorial Stakes just before the Kentucky Derby; both races were 1 ⅛ miles. This horse is more of a grinder than a closer, so expect to see him at mid-pack until late.

Nest is an interesting filly who was the runner-up at the Kentucky Oaks on May 6; she stalked the pace and then pushed hard through the finish, just two lengths back of Secret Oath. Nest started her three-year-old season with dominant victories, including a 8 ¼-length victory at the Ashland Stakes at Keeneland on April 8, over 1 1/16 miles. At the Kentucky Oaks, she looked ready for some additional distance, and the Belmont will provide that.

Obviously, Rich Strike does not know that people think his win at the Kentucky Derby might be a fluke, and if you look at his results, maybe it was not all that surprising. His finishes in the spring might have been dampened a bit by going on turf, and coming back to Churchill Downs, where he won a maiden claiming race by 17 ¼ lengths in September. At the Kentucky Derby, he posted a solid 106 Equibase Speed Figure in the win and then had an impressive five-furlong workout at Churchill Downs on May 30. This is a closer who could pull off another win, but his odds won’t be nearly as long this time around.

Skippylongstocking settled into the mid-pack at the Preakness Stakes and basically stayed there, finishing fifth. He was third at the Wood Memorial Stakes, but he didn’t threaten the leaders in either race, as he was 7 ½ lengths back of Early Voting at the Preakness. His results have been the best at Gulfstream Park and when he has not been in a graded stakes, so I don’t expect much on Saturday.

We the People has three wins in four starts, and in each win, he has either set the pace or pushed it. He won two in a row at Oaklawn Park and was the second betting choice at the Arkansas Derby, but he was slow out of the gate, got caught wide and then faded in the far turn, setting for seventh in a nine-horse field, 13 ¼ lengths behind the winner. He bounced back in a big way at the Peter Pan Stakes, leading gate to wire and beating Golden Glider by 10 ¼ lengths. He is the only real front-runner in this race, so he should be able to drive the pace. But can he hold on?